Why the Prince of This World Had No Hold on Jesus 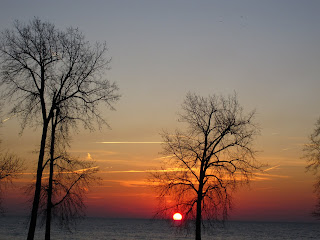 In John 14:30-31 Jesus tells his followers that “the prince of this world is coming. He has no hold on me, but the world must learn that I love the Father and that I do exactly what my Father has commanded me.”

The real King is Jesus himself, and his kingdom is “not of this world.” It’s an upside-down kingdom that inverts the prevailing, oppressive social hierarchy. The word “sin” is defined in terms of these two kingdoms. “Sin” is essentially non-love for the real King, and thus rebellion against God. Every act of sin is an act of allegiance to the prince of this world; aka satan, our adversary.

When Jesus says that the prince of this world has no hold on him, the Greek words contain a double negative that literally reads, “This world’s ruler does not have anything on me at all.” This is legal language, prosecuting attorney accusatory-language. Jesus tells his disciples that he is “not guilty.” Of what? Of lovelessness and rebellion; viz., of sin. Satan’s non-claim on Jesus proves his love for the Father. Jesus’ thorough, total love for the Father results in him, in every detail, doing exactly as his Father commands. In Jesus the Son there is not one slight whiff of rebellion, not one moment of un-love. For this reason, and this reason alone, satan has no claim on Jesus. Jesus does not deserve the cross. But he goes to the cross out of perfect obedience to the Father, and out of his love for you and for me.

What about us? Does satan have any claim on you and on me? I think the answer is as follows. When we heart-claimed our allegiance to the Lamb, a “great exchange” was enacted by which we were transferred from the kingdom of darkness into the kingdom of light. The result was, as Paul writes in Romans 6, that sin was no longer our master. Sin is no longer an internal force controlling us. Now Christ is the internal power in our lives. Sin is now an external power trying to defeat us. We belong to the realm of grace and no longer live in the realm of sin. Our power to defeat sin comes from the presence of Christ in our lives. We no longer belong to the prince of this world. We now belong to Christ. We are in Christ, and Christ is in us. Father, Son, and Spirit have come to make their home in us. Romans 6:7 says that we are now freed from the slavery to sin that we once experienced.

Paul wonderfully spoke of “Christ in me, the hope of glory.” As songwriter Charlie Hall wrote, now “sin has lost its power, death has lost its sting.” (“Marvelous Light”)
Posted by John Piippo at 12:27 AM