Alas, this whole affair is just the latest in the long-running media attack on the historical Jesus, which – we thought – had culminated in that book of lies, The Da Vinci Code. But no: the caricatures of Christ continue.
Please, lose no sleep over the Talpiot “discoveries” for the following reasons, and here are the facts:.
1) Nothing is new here: scholars have known about the ossuaries ever since March of 1980. The general public learned when the BBC filmed a documentary on them in 1996. James Tabor’s book, The Jesus Dynasty, also made a big fuss over the Talpiot tombs more recently, and now James Cameron (The Titanic) and Simcha Jacobovici have climbed aboard the sensationalist bandwagon as well. He
2) All the names – Yeshua, Joseph, Maria, Mariamene, Matia, Judah, and Jose -- are extremely frequent Jewish names for that time and place, and thus most schol-ars consider this merely coincidental, as they did from the start. One-quarter of Jewish women at that time, for example, were named Maria.
3) There is no reason whatever to equate “Mary Magdalene” with “Mariamene,”as Jacobovici claims.
4) So what if her DNA is different from that of “Yeshua” ? That particular :Mariamme” (as it is usually spelled today) could indeed have been the wife of that particular “Yeshua.”
5) What in the world is the “Jesus Family” doing, having a burial plot in Jerusalem, of all places, the very city that crucified Jesus? Galilee was their home. In Galilee they could have had such a family plot, not Judea. Besides all of which, church tradition – and Eusebius – are unanimous in reporting that Mary died in Ephesus, where the apostle John, faithful to his commission from Jesus on the cross, had accompanied Mary.
6) If this were Jesus’ family burial, what is Matthew doing there – if indeed “Ma-tia” is thus to be translated?
7) How come there is no tradition whatever – Christian, Jewish, or secular -- that any part of the Holy Family was buried at Jerusalem?
8) Please note the extreme bias of the director and narrator, Simcha Jacobovici. The man is an Indiana-Jones-wannabe, who oversensationalizes anything he touches. You may have caught him on his TV special regarding The Exodus, in which the man “explained” just everything that still needed proving or explaining in the Exodus account in the Old Testament! It finally became ludicrous, and now he’s doing it again. – As for James Cameron, how do you follow The Titanic? Well, with an even more “titanic” story. He should have known better.
There are more arguments, to be sure, but I want to get this off pronto.

Jewish archaeologist Amos Kloner oversaw the original did at Tilpial. Kloner is here quoted in The Jerusalem Post. Kloner says, "There is no likelihood that Jesus and his relatives had a family tomb... They were a Galilee family with no ties in Jerusalem. The Talpiot tomb belonged to a middle-class family from the 1st century CE."

Cameron's "Bones of Jesus Theory" Is Another Sinking Ship

James Cameron , director of the movie "Titanic," believes the family tomb of Jesus has been found, to include an ossuary containing the bones of Jesus. The Discovery Channel will air a program on this story March 4.

For the truth about this old story now being sensationalized, see Ben Witherington's excellent response here. After providing actual scholarship re. this stuff, Witherington concludes: "James Cameron, the producer of the movie Titantic, has now jumped on board another sinking ship full of holes, presumably in order to make a lot of money before the theory sinks into an early watery grave. Man the lifeboats and get out now."
Posted by John Piippo at 2:21 PM

Craig Evans and the "All or Nothing" Approach to Scripture

I am looking forward to reading the new book by Craig Evans, Fabricating Jesus: How Modern Scholars Distort the Gospel.

Craig Blomberg has a review here.

Especially interesting to me will be Evans's critique of the "all or nothing" hermeneutical approach that is often espoused by ex-fundamentalist Christians who "leave the faith" because of their inability to defend the Bible on the basis of the all or nothing approach. Which is sad.

Blomberg writes: "Evans highlights one recurrent problem—the all-or-nothing approach that leads some people to think that, if they cannot accept strict biblical inerrancy or harmonize every last detail in the Gospels, they must reject most or all of them (a mistake, I might add, sadly perpetuated by many very conservative evangelicals, too, who thus unwittingly send more hesitant skeptics over the edge)."

The all-or-nothing, modern fundamentalist approach engenders anti-Christianity in those who can no longer do the logical gymnastics needed to operate in this narrow, anachronistic approach to Scripture. These "ex-Christians" have only changed nominally. Paradigmatically they are the same persons, now becoming all-or-nothing skeptics and atheists who attack the all-or-nothing fundamentalists and evangelicals.
Posted by John Piippo at 11:44 PM

FOR OUR CELL GROUP LEADERS
In Matthew 9:27-31 Jesus heals two blind men. After healing them, Jesus says… “See that no one knows about this.”

What’s going on? Why would Jesus say this.
First, note that the two blind men know more than others do. Jesus own disciples, to this point in the story, are asking "Who is this man Jesus?" The two blind men recognize the Real Jesus, as Messiah, as the “son of David.”
In regard to the command to secrecy Craig Keener says:
Jesus conceals his messianic identity, insofar as possible, from the public.
This secrecy may be due to several factors.
First, the “Christ,” or “Messiah,” was the Davidic king and officially took this title only at his enthronement.
The final “coronation” of Jesus is on the cross.
Second, Jesus’ mission was completely different from any of the political views about messiahs circulating at the time. People would hear of this "messianic miracle" and conclude inadequate, even false, things about Jesus.
“Messiahship” was an inadequate way to categorize Jesus. Jesus redfined “messiah” by the character of his mission. Yes, Jesus claims to be Messiah. And, his messiahship is to be understood differently from the varying expectations of the people.
Finally, Jesus' mission could only be understood retrospectively; that is, after the fact of and in light of his death and resurrection. It is only then that a more complete understanding of the messiahship of Jesus can be seen.
Posted by John Piippo at 3:18 PM

Blomberg writes: "This is a volume to be commended most warmly to anyone interested in the topic and especially to any tempted to be led astray by alternate, more skeptical models of the formation of the Gospels and the truthfulness of their contents."
Posted by John Piippo at 11:57 PM

"You Are My Refuge" 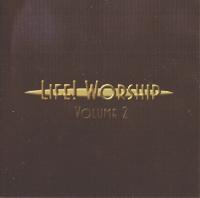 My song "You Are My Refuge" has just come out on Life Worship's new cd. You can listen to how they did it here.
Posted by John Piippo at 10:37 PM