An Atheist Become a Jesus-Scholar 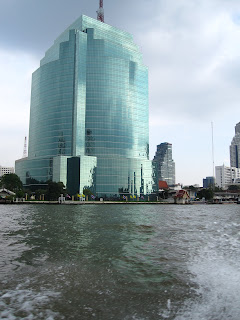 (Bangkok, on the Phrao Chaya river)

Craig Keener, in the Introduction to his new book The Historical Jesus of the Gospels, writes of his conversion from atheism to Christian theism, and how this affects his work as a Jesus-scholar. He writes:

“I began my interest in questions about religion and, to a much lesser extent, biblical perspectives from a position of extreme (though not totally close-minded) skepticism, as an atheist. As one who is now a Christian I approach the subject with an special interest I previously lacked, but an interest that I believe makes me more rather than less committed to investigating genuine historical information about Jesus. When I was an atheist I never imagined my life would take this turn, but I harbor no regrets that it has. Even when I was an atheist I valued pursuing truth, regardless of where it might lead.” (xxxv)
Posted by John Piippo at 4:48 PM