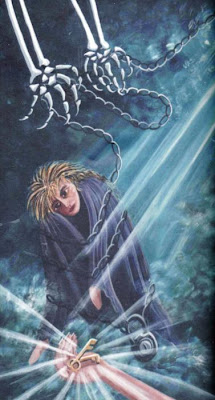 (I will be in Bangkok Nov. 12-19 working with nightlightinternational.com. Six men from my church are going with me, along with 5 others from other churches around the states. 450,000 Thai men purchase prostitutes daily. 5.4 million tourists arrive in Bangkok for sex tours each year. My research includes reading Siddharth Kara's Sex Trafficking Inside the Business of Modern Slavery. All quote are from Kara unless otherwise indicated.)

When I landed in Mumbai it was 2 AM. I stepped out of the airport and was greeted by child beggars. I will never forget the little boy who stepped up to me. His teeth were rotting out. I was in India on invitation from one of my doctoral students at Palmer Seminary. I spoke and taught in severasl contexts in various locations between Hyderabad and Bangalore. I can see India now. I can smell India. It has never gotten out of me, and God has used it for good in my heart.

I told my church family on Sunday that I don't know what kind of shape I am going to be in when I return to them from Bangkok. I already have a heart for what Jeff and Annie are doing there. My heart is going to expand. It is going to be filled to the brim. It may overflow. It needs to be more other-centered. God, take the self-centeredness out of me.

"The contemporary sex trafficking industry involves the systematic rape, torture, enslavement, and murder of millions of women and children, whether directly through homicide or indirectly through transmitted diseases and drugs." (15) If Kara is correct, then I am going to see hundred of modern-day slaves on the streets of Bangkoks held by invisible chains. Why don't they just... escape and get out of there?

"First and foremost, escape is rarely an opportunity for a sex slave... Most were infected with HIV, suffered acute drug and alcohol addictions, had been shunned by families, and had little prospects for employment or any form of self-sufficiency upon departure fropm the shelters... Slaves rarely attempt escape because brothel owners terrorize them regarding the consequences and also threaten violence against family members back home." (15) Most sex slaves, Kara discovered, "rarely survived past their mid-thirties." (15)

OK. I understand. The invisible chains around the neck of the sex slave are real and strong. The invisible chains around the necks of people in any kind of bondage are strong. The wife in the physically abusive marriage whispers as she talks even while sitting in my office. The man who was degraded and shamed by his father sits before me, his head hanging in shame, many years after the fact. The self-hater lies awake at night as words of failure loop through his head. The chains of addiction wrap around the head and the heart.

The goal is to find the key that opens the lock that releases the chain that sets the captive free. Soon I'll be with freedom-fighters in Bangkok, who have God-gviven keys that are now releasing little girls from the invisible chains of their bondage.