Don't Apologize for Anything 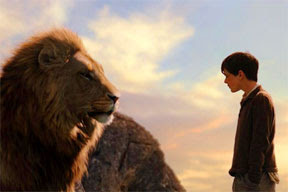 As Jesus hung on the cross he did not say, "Father, have them apologize, for they don't know what they do." This word "apology" has the sense of "making a defense," as in 1 Peter - always be ready to give a defense ("apologeo") to everyone who asks you about the hope that is within you, doing so with gentleness and respect." Apology is a mono-splendored thing. It's one-sided. Apology requires nothing of the other person. This is not so with the more robust, relational act of confession and forgiveness.

To confess is stronger than to apologize because of its two-fold nature. Which is: 1) I was wrong about....; 2) would you forgive me for this? Just say those words the next time you hurt someone. I think they are harder to say for some very important reasons. But it can lead to: 3) the other cancels indebtedness.

Act I
To confess is to be vulnerable. In pure confession there is not a hint of defense. In "apology" the victim-words 'but,' or 'however,' are in the room with you. Confession is soul-bareing stuff. "I" am responsible for what I did/said to you. At this point the sealed and secured door into one's heart is opened. There's always the risk that the other might drop a grenade into it. Apology seems safer than this. But apology is not as powerful and effective as confession.

Act II
Confession's second act is the request. Will you forgive me? Will you cancel the debt? I am in bondage to you. I owe you, as I well know. Forgive me. Set me free.


The offended person says the words, "I forgive you." I cancel the debt. I won't make you pay for what you did. You owe me nothing in regard to this. Of course, if money was stolen or a material thing broken the offender must pay this back. If one's reputation was smeared the offender needs to go to make things right with other people. If an entire tribe is involved that understands forgiveness, then one may have to publicly confess, not for the sake of greater humiliation, but for greater personal and corporate freedom. But it must be noted that the one who does the forgiving could well cancel physical indebtedness as well, if God so leads.

Why cancel the debts of others who have wounded us? Because, by the wounds of Christ, your debts have been cancelled. Those who deeply know this are able to forgive others. This act takes us way beyond the narrow scope of apology into the rarified air of the love of God. For me, at this point, it is instructive to note that I am not there yet, since recently I felt irritated at someone who looked at me the wrong way (as if I could alway judge this!).

Years ago the singing group "Out of the Grey" wrote a song called "Three Beautiful Words." They are not: "I apologize to you." (I know, that's four words...)