Today Is the Biggest Day of Your Life 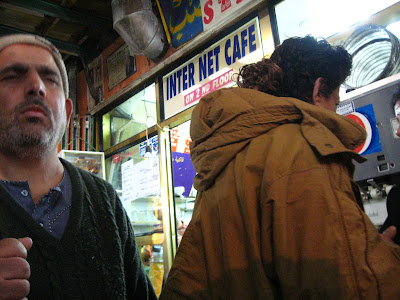 Today is a day of great opportunity. The greatest things God ever does in me and through may happen on this day. Through this perspective, live your life. I am not waiting for some "tomorrow" where God works great things. Today is that day or there will be no such day at all.

Yesterday was that kind of day for me. Because I met, briefly, with a man who lives in hell and darkness. He lives on the street in our city. Socially he is a nobody, an expendable. If he died today I would be the only person attending his funeral. Probably, I would do the funeral service since, as he has told me, he has no one but me to call for help.

I met this man last spring. He was thumbing for a ride in the midst of a driving rain. No one was picking him up. I did. He asked, "Why?" I said, "God told me to."

This is how our friendship began. I spend time with him, as he requests, talking with him about God. In five or six times with him we've spent a total of, maybe, an hour together. He's told me that he wears the inch-long spikes on his face because he doesn't want anyone to get close to him.

Yesterday we were supposed to go out for lunch together. Instead we spent 3 minutes together. It was, for me, a great way to spend my time. I view that three minutes spent with this homeless man as one of my greatest accomplishments. I am serious about this. I want to spend my life doing stuff just like that. Because that's where God is, and I want to be where God is. And wherever God is, there is true greatness. Sixty minutes, total, spent with this man and I am, in his words, "groovy," and the only real friend he has in life. Our friendship is growing.

He told me, "If I came to your church your people would hate me."

"No, they would not hate you." I didn't tell him that maybe a few would hate him. But mostly if there is a problem in my church family it would be warning people not to get too close to this untrusting, spike-protected soul, because a whole lot of people would want to embrace him in love.

I began today thinking that "Today can be as great or even greater than yesterday was." I fully expect it to be so. The Kingdom-opportunities are as many as all the people you will encounter today.
Posted by John Piippo at 12:42 PM