Black Friday & A Phenomenology of Discontent 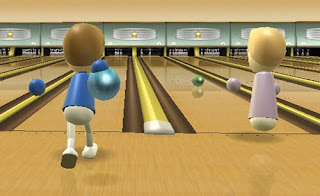 "Why should I worry about losing a bodily life that I must inevitably lose anyway, as long as I possess a spiritual life and identity that cannot be lost against my desire? Why should I fear to cease to be what I am not when I have already become something of what I am? Why should I go to great labor to possess satisfactions that cannot last an hour, and which bring misery after them, when I already own God in His eternity of joy? It is the easiest thing in the world to possess this life and this joy; all you have to do is believe and love; and yet people waste their whole lives in appalling labor and difficulty and sacrifice to get things that make real life impossible." (New Seeds of Contemplation, 159-160)

Today, on Black Friday, Merton's words ring prophetically. Americans are consumers in a consumer culture that depends on human hearts that are miserable. Define 'miserable' as: 'discontented.' I now present to you a phenomenology of discontent.

Discontent is a dark mood rooted in a sense of lack. "Lack" equals the absence of a felt need. The stronger the lack, the greater the felt need, hence the greater striving to "possess" that which satisfies the felt need. One strives to acquire what one lacks, only to soon find that its contentment-power diminishes and is gone. Discontent returns. The felt need that is the sense of lack returns. Something else is neeed to bring contentment. We have here a rhythm of: discontent - striving - acquisition - discontent - striving - acquisition - discontent - ... and so on ad infinitum.

When I was about ten years old and Christmas was approaching, I saw an advertisement on TV for a mechanical bowling alley. It had a little mechanical man with a movable arm and open hand, into which you placed a small plastic bowling ball. It also had a mechanical pin-setter. You would hand-place the little plastic pins in the the holes, and then turn a crank to lower the pins in place at the end of the alley. A lever would pull the mechanical arm back, and upon release the ball would go down the alley into the pins. When I saw this I knew I wanted it for Christmas. My little heart also felt that, should I acquire this for myself, I would never lack for anything again in life. I mentioned this to my parents. They complied. Imagine my delight when, on Christmas Eve (which is when we opened our presents), before me was my heart's desire. I did notice, however, that the box the bowling alley was in seemed smaller than what I had seen on TV. Had there been some mistake? The pins were so feather-light that, when the mechanical pin-setter released them, they were prone to topple. The bowling ball was light as well, and at times would launch itself over the pins. It was phenomenally difficult to get the alley level so the ball, when it did roll down the alley, would make it to the pins. I was discontent. To make things worse my neighbor friend John had gotten a battery-powered pinball machine that I wanted. It turned out that, when he saw my bowling alley, he wished he'd gotten that instead of the pinball thing. We traded the day after Christmas. Mutual discontent set in. Longing returned.

If everyone who says they are a Jesus-follower actually "learned the secret of being content in any and every situation, whether well fed or hungry, whether living in plenty or in want" (Philippians 4:12), then Black Friday would be morphed into Good Friday, since all the striving that happens during the American folk-Christimas would be gone. Of course, should this actually happen, the entire American economy would be in ruins, since in America we must spend to keep the ship afloat. But, following Merton, real life would then be possible. Because deep, lasting things like family, friends, and joy are endangered by ad infinitum striving that grows out of a discontented spirit.
Posted by John Piippo at 6:57 AM