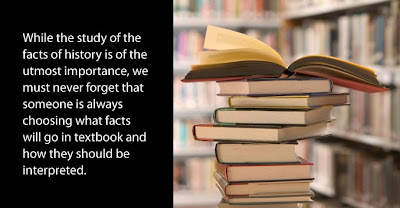 "If you were born in India you would be a Hindu. So, then, how can your claim that Jesus is the only way to God be true?" I hear this on occasion. I suspect there are more who think this without expressing it. How do I respond? My response is: such thinking is not logical. Consider the argument put this way:
1. A person born in America in the mid-20th century is more likely to be a Christian than a Hindu.
2. The faith of the American-born Christian is biased.
3. Therefore we can dismiss their claim that their faith is true (in the sense of being the over-arching metanarrative it claims to be).
P1 is true, sociologically.
P2 is true, psychologically. The bias is real.
But from the sociological truth of P1 and the psychological truth of P2 there is no logical claim of inference to 3. The thinking expressed in the above argument commits the informal logical fallacy known such as ad hominem circumstantial. Ad hominem circumstantial constitutes an attack on the bias of a source. (See Hurley, A Concise Introduction to Logic, ch. 3)
Elliot Cohen, in his logic text Critical Thinking Unleashed, calls this a "conflict of interest" fallacy. (351) Cohen writes: "The dismissal of findings die to a real or apparent conflict of interest without first examining the evidence upon which these findings are based is unjustified. While the potential biases of researchers are indeed serious concerns, it is the evidence and the inferences drawn from it that need to be inspected in order to determine the soundness of the findings." (351)
The statement If someone is biased we need not accept their arguments in support of their bias is, therefore, false. I am suggesting that persons who think like this and are therefore moved by the power of the "conflict of interest" fallacy have themselves succumbed to the myth of objectivity. Probably, they view themselves as epistemically "objective" and "neutral." Usually, such people are fully out of touch with their own culturally relative worldview which, in this case, is the Western Cartesian legacy that began to get debunked by Hume, whose epistemological skepticism about causality awakened Kant from his "dogmatic slumber."
If you've ever looked at a Logic text you will see nothing in it that supports sociological, anthropological, scientific, or psychological data as helpful logically; which means, the "claim of inference" or, as Cohen states above, "evidence and the inferences drawn from it."
Is Logic objectively neutral? The question is misguided. Logicians are not objectively neutral. Logic is a tool logicians use, like a carpenter uses a hammer. Is a carpenter's hammer objectively neutral? The question is nonsense. Does a logician's bias affect an argument qua argument. Nope. And if you understand that, you get the point of Logic and why, in our logic texts, pointing out someone's non-neutrality has no real bearing on the argument itself.
There are 330,000,000 gods.
There is one God.
Jesus is God incarnate.
God does not exist.
Science explains everything.
In dialogue one must try to be epistemically neutral.
Epistemic neutrality can be achieved.
All the above are statements. In Logic, a statement is a sentence that is either true or false. All the above statements are either true or false. Even if the statement makers are biased.
(Note: at this point I become very interested in the work of philosopher J.P. Moreland, Alvin Plantinga [though Moreland and Plantinga are not on the same page re. evidentialism], and others who suggest that the idea that logic is hard-wired into us, and that we can trust it, makes more sense on theism than on atheism.)
Posted by John Piippo at 10:08 AM