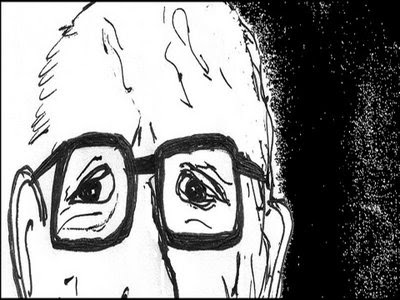 The great intellect and polymath Claude Levi-Strauss died today at age 100. Pause to note that his writing was prolific and brilliant and all done without a computer. No need for L-S to cut and paste since he had actual knowledge. In the 1980s I dipped into some of L-S's writings since my doctoral dissertation was a multidisciplinary study in metaphor theory. I ended up knowing a little bit about a lot of things and looked for connections between disciplines. I still study that way, and love it!

Today's nytimes tribute to L-S is excellent. Consider these things...
“He had expressed the wish to have a discreet and sober funeral, with his family, in his country house,” his son said. “He was attached to this place; he liked to take walks in the forest, and the cemetery where he is now buried is just on the edge of this forest.” Wisdom is acquired through, not internet surfing, but many long walks in the forest. This leads to actual thinking. Real knowledge is a slow-cooker, not a microwave. One comes to, slowly, under-stand.
"A powerful thinker, Mr. Lévi-Strauss was an avatar of “structuralism,” a school of thought in which universal “structures” were believed to underlie all human activity, giving shape to seemingly disparate cultures and creations." In the 80s I was studying structural linguistics - Ferdinand de Saussure et. al. And how such theories understood figurative language, metaphor, and myth, and the differences between the various tropes. I was immersed in a world of linguistic meaning that understood language as deep-structures that both shape and are reflective of reality. My world was getting turned upside-down!
"His legacy is imposing. “Mythologiques,” his four-volume work about the structure of native mythology in the Americas, attempts nothing less than an interpretation of the world of culture and custom, shaped by analysis of several hundred myths of little-known tribes and traditions." "Myth," in structural theory, does not mean "false." In structuralism words like "literal" and "figurative" and "mythical" and "factual" and more all get reinterpreted in cognitively shattering, paradigm-shifting ways.
"The accepted view held that primitive societies were intellectually unimaginative and temperamentally irrational, basing their approaches to life and religion on the satisfaction of urgent needs for food, clothing and shelter. Mr. Lévi-Strauss rescued his subjects from this limited perspective." Thank you. And, of course. With this the Western-Enlightenment idea of "rationality" gets seriously challenged and defeated.
"With the fading of myth’s power in the modern West, he also suggested that music had taken on myth’s function. Music, he argued, had the ability to suggest, with primal narrative power, the conflicting forces and ideas that lie at the foundation of society." Aristotle thought metaphor was a mere trope, following Plato who held that the most untruthful far-from-the-Forms language was poetry and fiction. The very words we use and the music we listen to are clues to deep things. I've always liked this idea, and Levi-Strauss and his kind were ones who helped me here. Even "science" and "scientific language" gets taken captive by this.
Finally (for now, at least) the structuralism of Levi-Strauss and de Saussure led to the counter-theories of post-structuralism and then deconstructionism. One must understand them both as responses to thinkers like Levi-Strauss. "By the 1980s, structuralism as imagined by Mr. Lévi-Strauss had been displaced by French thinkers who became known as poststructuralists: writers like Michel Foucault, Roland Barthes and Jacques Derrida. They rejected the idea of timeless universals and argued that history and experience were far more important in shaping human consciousness than universal laws."
Posted by John Piippo at 7:16 PM