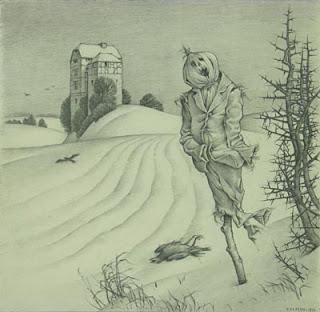 (I will be in Bangkok Nov. 12-19 working with nightlightinternational.com. Six men from my church are going with me, along with 5 others from other churches around the states. 450,000 Thai men purchase prostitutes daily. 5.4 million tourists arrive in Bangkok for sex tours each year. My research includes reading Siddharth Kara's Sex Trafficking Inside the Business of Modern Slavery. All quote are from Kara unless otherwise indicated.)

These are distorted times. Within us there is a "deep-rooted moral disharmony" (Thomas Merton, Conjectures of a Guilty Bystander). Jesus has given us an "argument" for life. This argument becomes distorted into a field of illogical straw men. The names of these straw men include: money, sex, power, and all the subclasses therein. These flimsy mental edifices rule, it seems, as much as ever. They've always been there. They have not left us. Their dissemination is more efficient than ever. Their seeds propagate in shallow minds. They were never meant to be within us; they are the alien within. What the heck is happening in around us? For one thing, the failure of the Money God to come good on his promises.

In the depths of the Great Depression John Maynard Keyes wrote: "The decadent international but individualistic capitalism in the hands of which we found ourselves after the war is not a success. It is not intelligent. It is not beautiful. It is not just. It is not virtuous. And it doesn't deliver the goods." (25) Kara says: "During the 1990s, the aggressive spread of extreme market-economy principles and corporate-centered American-style capitalism was equally unintelligent, un-virtuous, and unjust." (Ib.)

Define "injustice" as need-inequity. Think of the "scales of justice." View them as imbalanced. When I spend my $2 on a cup of coffee this morning "ninety-three million East Europeans [live] on less than $2 per day." (27) "Approximately 850 million people in India - 80 percent of the population and almost three times the entire population of the United States - still subsist on less than $2 per day... Poverty levels in Pakistan and Bangladesh are equally unconscionable." (30) You've heard these things before. That's not the point. Deaf ears fail to set the captive free. The point is: do you see them?

In the impoverished environment, what is a poor girl to do? She often migrates to the big city, a city like Bangkok or Mumbai. There is, today, "bulk migration of rural masses throughout South Asian countries into Indian urban centers in search of a piece of the country's swelling economic pie. Slave traders exploit this migration by recruiting individuals into low-paid or unpaid labor. Women and children are often trafficked into the clutches of India's deadly brothels, where males have more money than before with which to buy sex from slaves." (30)

"Today's slaves thus represent a quantum leap in profitability over slaves in the Old World. A modern-day brothel owner can purchase a slave for between $200 and $1,000 in Asia, or $2,000 and $8,000 in Western Europe [because of Western Europe's higher regard for women; in South Asia and East Asia gender bias is more severe], and generate well over 1,000 percent a year. Acquisition costs are low because there are hundreds of millions of poor, disenfranchised, and vulnerable individuals who are desperate to find a better life." (25)

In 1925, in comes T.S. Eliot, looking at what he called "the wasteland" and the inauthenticity that rules over it. So he wrote...

We are the hollow men

We are the stuffed men
Leaning together
Headpiece filled with straw. Alas!
Our dried voices, when
We whisper together
Are quiet and meaningless
As wind in dry grass
Or rats' feet over broken glass
In our dry cellar
Shape without form, shade without colour,
Paralysed force, gesture without motion;
Those who have crossed
With direct eyes, to death's other Kingdom
Remember us -- if at all -- not as lost
Violent souls, but only
As the hollow men
The stuffed men.

Eyes I dare not meet in dreams
In death's dream kingdom
These do not appear:
There, the eyes are
Sunlight on a broken column
There, is a tree swinging
And voices are
In the wind's singing
More distant and more solemn
Than a fading star.
Let me be no nearer
In death's dream kingdom
Let me also wear
Such deliberate disguises
Rat's coat, crowskin, crossed staves
In a field
Behaving as the wind behaves
No nearer --
Not that final meeting
In the twilight kingdom

This is the dead land
This is cactus land
Here the stone images
Are raised, here they receive
The supplication of a dead man's hand
Under the twinkle of a fading star.
Is it like this
On death's other kingdom
Waking alone
At the hour when we are
Trembling with tenderness
Lips that would kiss
Form prayers to broken stone.

The eyes are not here
There are no eyes here
In this valley of dying stars
In this hollow valley
This broken jaw of our lost kingdoms
In this last of meeting places
We grope together
And avoid speech
Gathered on this beach of the tumid river
Sightless, unless
The eyes reappear
As the perpetual star
Multifoliate rose
Of death's twilight kingdom
The hope only
Of empty men.