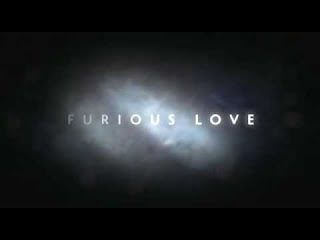 Last night at Redeemer we showed Darren Wilson's new film "Furious Love." Several hundred people showed up - it was a great turnout. The film premiered in 500+ churches around the world last night. It was cool for us since Darren grew up at Redeemer and his parents Gary & Linda are two of our great leaders. We are biased about Darren and what he does to bring in God's beautiful Kingdom. We all wanted the movie to be good. It was. Linda and I love it! Why?

"Furious Love" puts the heart of the Gospel and the Real Jesus in the spotlight. It's about love. Real love. Because God is, in his essence, love. Love, God-style, is other-centered and sacrificial. God fully displayed his love in Jesus on the cross. Love intentionally descends into dark places for the sake of rescuing ("sozoing") people held in the captivity of hatred, abuse, addiction, and all things sin-filled. While love is compassionate, and com-passion is a feeling-with others, real "love" is not essentially a self-centered quest for personal feelings. When that becomes the motive then there's manipulation taking place. We feel used by people who "love" us mostly or solely for their own selves.

"Furious Love" does an excellent job of depicting the essential verb-nature of love. Love's an action. Trinitarian theism explains this best. There were a few moments during the film that I had tears coming out of my eyes, because of the beauty of rescue. I now think that nothing in life captivates and moves me as much as seeing moments of human liberation. My Jesus is: the Liberator.

As one who was trained in evangelical theology, I know there are Christians who will see this movie who are like what I once was; viz., skeptics when it comes to the manifestation of the demonic. Some will watch the episodes of deliverance and, because it is in their theological genes, "reduce" the demonic deliverance to psychological factors. "A demon is causing that women to thrash around on the ground? Yeah, right!" Thirty to forty years ago I would be tempted to do this, in spite of an experience I had in my first year as a Jesus-follower that I was quite unprepared for and could not help but conclude that, "If the demonic realm is real, then surely this was it!"  Now, I've left reductionism far behind, except for a few moment that function like vestigial organs in me, serving no real purpose except to remind me that they once had a role in my life.

I want to help the Jesus-follower who loves Jesus as Lord but wonders about some of the "Furious Love" scenes where the claim is made that: here is a person manifesting a demonic presence. Here are some things I think may help, in no certain order.
Greg Boyd and George Otis are also interviewed in "Furious Love." Greg especailly talks about the outrageous love of Jesus and his beautiful kingdom. George gives what I would call anthropological examples of evil that can best be attributed to demonic spirits. In that regard I believe Christian Trinitarian Theism best explains such manifestations as demonic, and that reducing all of them to physiological constraints is not helpful. "Furious Love" shows this well. Thank you Darren, for making it!
Posted by John Piippo at 11:31 AM