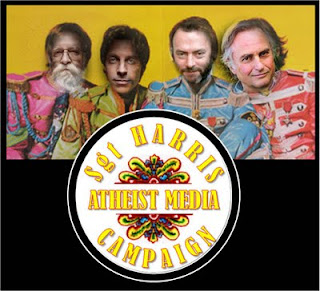 Richard Dawkins constantly pleads for people to be logical while himself fumbling the logical football many times. (See previous my 40+ God Delusion posts, for example). Here's the latest I am aware of.

In today's Washington Post Dawkins objects to Focus on the Family's pro-choice ad. In "The Great Tim Tebow Fallacy" Dawkins accuses Tebow and his mother from commiting "the Beethoven Fallacy." Here's Dawkins's version of it.

One doctor to another:


"About the terminating of pregnancy, I want your opinion. The father was syphilitic. The mother tuberculous. Of the four children born, the first was blind, the second died, the third was deaf and dumb, the fourth was also tuberculous. What would you have done?"


"I would have terminated the pregnancy."


"Then you would have murdered Beethoven."

Dawkins writes: "It is amazing how many people are bamboozled by this spectacularly stupid argument. Setting aside the simple falsehood that Ludwig van Beethoven was the fifth child in his family (he was actually the eldest), the falsehood that any of his siblings was born blind, deaf or dumb, and the falsehood that his father was syphilitic, we are left with the 'logic'. As Peter Medawar, writing with his wife, Jean Medawar, said, "The reasoning behind this odious little argument is breathtakingly fallacious . . . the world is no more likely to be deprived of a Beethoven by abortion than by chaste absence from intercourse." If you follow the 'pro-life' logic to its conclusion, a fertile woman is guilty of something equivalent to murder every time she refuses an offer of copulation."

What's wrong with Dawkins's argument? In spite of his typical ad hominem abusive language, he commits the logical informal fallacy of division, which is to reason that something that is true of a thing must also be true of all or some of its parts. So while the sperm-fertilized egg can be "Beethoven," the sperm sans egg is not. This being the case, all of what Dawkins says in this little ad hominem piece of his is, simply, illogical in spite of his appeal to logic.
Posted by John Piippo at 7:35 PM