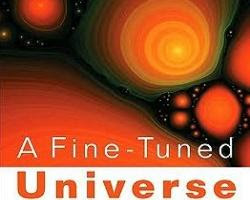 I think Collins's PPC is similar to, if not identical to, the logical idea of "inference to the best explanation." I'm now reading Alister McGrath's A Fine-Tuned Universe, in which he utilizes inference to the best explanation, also called abductive reasoning. I'm just into McGrath's text. He's a great scholar, with a DPhil in molecular biophysics from Oxford and doctoral degree in theology from Oxford. McGrath is a former atheist-turned-theist.

Here's what McGrath is doing in FTU so far.
There are connections between, I think, the British scholar McGrath and British New Testament scholar N.T. Wright. Wright's apologia for Christianity rests on understanding it as a grand narrative that explains more, and better, than competing grand narratives (of which philosophical naturalism is one). And now we have the British C.S. Lewis quoted in affirmation of McGrath's method.

I am captivated by the reality of anthropic coincidences, and so expect to much enjoy and learn from McGrath's book.
Posted by John Piippo at 9:24 PM