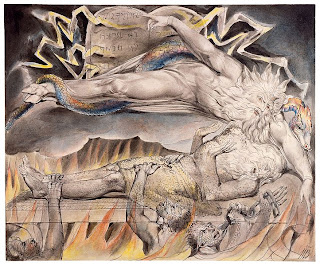 I am slogging my way through Brian McLaren's new book, A New Kind of Christianity. It's rough going because, among other things, I don't find it (so far) well-written. For example, I just read ch. 7, "How Should the Bible Be Understood?," and found that the chapter does not at all answer that question. It does, however, give a long treatise on how the Bible should not be understood using the historical example of using the Bible to defend slavery.

In ch. 8 McLaren begins to get at an answer to his own question. But he still spends most of that chapter telling us (again) how not to read the Bible; in this case, not as a "constitution." He ends the chapter by suggesting that the Bible be read as an "inspired library." But 99% of this chapter is still telling us how the Bible should not be read.

I agree that we need to read the Bible differently. So far (up to p. 87) we have a lot of stuff on how not to read it. I am waiting. I think it's far easier to critique approaches to reading the Bible than to establish an alternative hermeneutic. I suspect that's why, so far, we've got mostly criticism (albeit of the gentle variety) than an alternative to the positions McLaren rejects.

McLaren continues his attacks on the "constitutional reading of the Bible." Such a reading is incorrect and leads to ridiculous siutations. I agree. I also agree I have been largely taught such a method. I am thinking that my seminary professors did not teach me this method. But I wonder if they were allowed to teach me otherwise? If they could have taught me a more clearly biblical method without losing their jobs? Perhaps I would have been in line to dismiss them?

McLaren's presentation of the book of Job is, I think, well done. If every verse of the entire Bible presents revelation from God in some constitutional sense, then we're in the land of the very weird. McLaren affirms that there is God-revelation in Job, but we cannot access it if we come at the text constutionally. For example, McLaren writes:

"The meaning of the revelation that we carry away after reading the text takes shape in relation to the long-winded and false arguments that we find in its long middle section. Revelation thus happens through the course of the conversation, in the tension of the argument, through the interplay of statement and counterstatement. To snatch a verse from Job 10 or 14 or 23 would work fine if it were a constitution, but if it's this kind of story and conversation, verse snatching mocks reverent reading." (90)

"To say that the Word (the message, meaning, or revelation) of God is in the biblical text, then, does not mean that you can extract verses or statements from the text at will and call them "God's words." It means that if we enter the text together and feel the flow of its arguments, get stuck in its points of tension, and struggle with its unfolding plot in all its twists and turns, God's revelation can happen to us. We can reach the point that Job and company did at the end of the book, where, after a lot of conflicted human talk and a conspicuously long divine silence, we finally hear God's voice." (91)

Note that God himself says, in Job, that all the stuff Job's three "conforters" say is a bunch of trash. But those good-for-the-garbage-can words of Job's three interlocutors are in the Bible. So, are those words from God? Nope. Can't be. Because God himself says they are not. Yet those un-God words are in the biblical text. Therefore every word and verse in the biblical text is not of God. God did not inspire the uninspired words of Eliphaz, Bildad, and Zophar. But they are recorded in the Bible. Does that mean God does not reveal things to us through the Job story? Of course not. For beginners, just look at the effect of this story in the history of discussion re. the "problem of evil."

... strong on exposing and criticizing the constitutional approach to the Bible
... good when he gives his treatment of Job (even though it's still brief)
... poor on explaining his "inspired library" theory to the Bible (because it's easier to tear down than to build up)

Much better, I think, is N.T. Wright's The Last Word.