Some Upside-Down Kingdom Stuff on Holiness 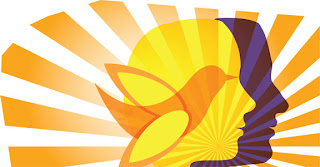 Here's some beautiful upside-down Kingdom stuff from Paul, the apostle, with some comments added. From 1 Corinthians 1.

Any student of the history of the Jesus-movement knows that it's usually the unknown, obscure person that God uses to make a needed Kingdom-point. The rich and famous, the mega-people, may make some brief historical splash, the ripplings of their impact quickly fading. Instead, "Peter"-like figures are mostly what we see. It is instructive to remember that Peter was a mere fisherman whose fishing accomplishments, on their own, were not worth remembering. Peter was: 1) not influential; 2) not of noble birth; and 3) not a rocket scientist. In this regard think of yourself, and be glad.

That's you, O foolish world-thing. Me too, of course. Here the "wise" and the "strong" especially refer to the "proud." The "autonomous." Historically, for the most part, the proud and autonomous people come crashing down. This is but another famous 'upside-down" move of God. Almighty God is looking for human fools who at least know that they rank among the foolish, so as to be mostly free of pride. Humility is the foundational human virtue when it comes to usability by God.

V. 30 - It is because of him that you are in Christ Jesus, who has become for us wisdom from God—that is, our righteousness, holiness and redemption.

If you are a real follower of Jesus, then you are "in Him." Stop before this truth - no trash-talking allowed. You had nothing, in yourself you got nothing, in Christ He becomes your everything. This includes your "holiness." AKA your "sanctification"; i.e., your set-apartness for God's purposes. Get this? Christ is your holiness. What does this mean?

Andrew Murray, in Abide in Christ (ch. 9), says that as we abide in Christ and Christ the hope of glory is in us, the set-apartness (holiness) that is His becomes our's. That is precisely why Paul concludes: V. 31 - Therefore, as it is written: "Let him who boasts boast in the Lord."

Jesus, who Himself was purely consecrated to carry on the mission of the Father, sets us apart and the Spirit empowers us to do the same. The key to the entire "life in Christ" thing is, again: not to strive and "work harder" at it, but to live your life in Him, attached to Jesus as a branch is attached to a vine.

*****
Here are some of Brandon Robinson's thoughts on Murray's Ch. 9

To abide is, an excellent embrace


In describing sanctification, Jesus’ provision of humanity’s holiness, Ander Murray says, “to have fellowship is to have something in common.” Moving from there, to fellowship with God at all, the very nature must be in common. This is the tragedy of the Old Testament. The people’s worship of God could only constantly pass through the blood of sacrifice, for the sake of His holiness. The people’s knowledge of God was restricted to knowing about Him – the stories, the songs, the traditions, God’s Holy nature, and His distance from their corrupt nature. The thought of actually knowing God, in a present, experiential way, could not have been associated with peace or excitement. Holiness is terrible to sinners.

Moving from here, to fellowship with God is the desire of His love. The holy God who is set apart exists in the love-fellowship of the 3-in-1 tri-unity. And humanity was created in an expression of this unity. Given the quandary of the sinful nature, that by holiness sin is excluded but by love the sinner is remembered, sanctification emerges as God’s delight in the multitude of created personalities. Sanctification is God’s testimony that because of His love, the specific qualities that comprise unique individuals are important. Holiness could have used broad destruction, eliminated sin and the sinner, and purified creation. Love sought a more excellent way, to both exemplify holiness and embrace the beloved.
Posted by John Piippo at 3:07 PM