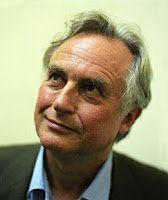 I think we all know by now that Richard Dawkins, as manifested in his book The God Delusion, is not a very good philosopher. As I read it some time ago I thought of a college freshman cutting and pasting from the internet, only to publish it as a best-selling book (!). Dawkins takes on the classic philosophical arguments for the existence of God, which would be like myself going to the hospital and taking on some brain surgery on someone.

William Lane Craig, who is a brilliant philosopher, shows the essential harmlessness of Dawkins's God Delusion in an essay called "Richard Dawkins On Arguments for God" (in God Is Great, God is Good: Why Believing in God Is Reasonable & Responsible). Craig looks closely at Dawkins on the cosmological, moral, teleological (fine-tuning), and ontological arguments for God's existence. He spends much time on the fine-tuning argument, looking at the "multiverse" objection. Re. the ontological argument Craig refers to Plantinga's modal argument and Dawkins's sheer ignorance of the reasoning behind it.

Craig gets funny as he resorts to a bit Dawkins-like ad hominisms when he writes:

"Dawkins also chortles: "I've forgotten the details, but I once piqued a gathering of theologians and philosophers by adapting the ontological argument to prove that pigs can fly. They felt the need to resort to Modal Logic to prove that I was wrong.""

Craig responds: "Now this is just embarrassing. [Indeed it is...] The ontological argument is an exercise in modal logic - the logic of the possible and the necessary. [Yup.] I can just imagine Dawkins making a silly ass of himself at this profession al conference with his silly parody, just as he similarly embarrassed himself at the Templeton Foundation conference in Cambridge with his flyweight objection to the telelogical argument."

Note that the last sentence was written by Craig, not Dawkins (sounds like Dawkins, admittedly). Beneath the pejorative comment there lies the truth: Dawkins's boasting claim makes a philosopher blush with shame. As a philosopher he's a child among men.
Posted by John Piippo at 12:25 AM