"Success" in the Kingdom of God Is... 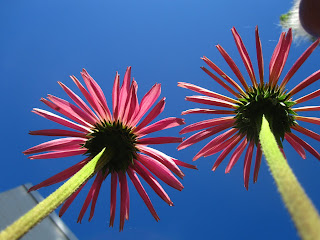 Thomas Merton wrote: "Since I became a great success in the book business I have been becoming more and more of a failure in my vocation. Not that I haven't made efforts to keep my head above water; but in the spiritual life it is not so hard to drown, when you imagine you are swimming." (The Sign of Jonas)

Merton's vocation was as a contemplative. Which means: one who entered deeply into the presence of God and beheld the beauty of the Lord. And received from God. One who gets imparted unto, by God. This is, to me, John chapters 14-16 stuff. A contemplative is one who dwells in the Three-Personed God and dances in the Big Dance (= Trinity as perichoretic union).

"Success" in the world pulls one out of God's presence. The spotlight of glory shifts from the robust omni-attributed majesty of God to the oh-so-finite meagre speck of the impoverished self. One's tiny being enjoys the micromoment of micropositional fame and begins to go under the water, spiritually. When the doxa shifts from God to man, it's bad news for the self and the self's beholders. Woe to the people whose leader loves self-glory.

A few months ago a group of teens from a local high school visited our Sunday morning worship service as part of a religious project they were doing. Afterwards three of them sat with me in my office and asked the question, "As a pastor, what is the number one thing you need to do for your people?" My immediate answer was: "The number one thing I need to do for my people is to get in the presence of God and abide there." Without that whatever I "do for the Lord" will be inauthentic and irrelevant, since it will not be an overflow of what Christ is doing in me.

In the Kingdom of God "success" is: connectedness to God.
Posted by John Piippo at 9:46 AM