Denis Alexander & P.Z. Myers on: Is Christianity at Odds with Science? 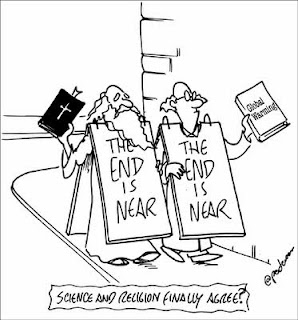 The dialogue between molecular biologist and theist Denis Alexander and biologist and atheist P.Z. Myers makes for very good listening.

I'm with Alexander when he says: "My own experience within the scientific community is that [militant atheists are] quite a rare breed. I'll be honest here. I think a lot of my secular, atheist, scientific colleagues think that some of the new atheists are just a bit odd. I mean, why would you bother to go to all that effort to be so very vigorous in trying to convert other people to atheism."

The dialogue is on: "Is the Christian faith at odds with science?" Myers says yes, Alexander says no. Myers says the two are "contradictory," and also that they are "in conflict." As I listened to Myers I felt that the distinction between "contradictory" ideas and ideas "in conflict" was not explained. Myers, in my mind, never explains the nature of "contradiction" which I would say must be explained, in this kind of dialogue, in logical terms.

For some more very good dialogues see the "Unbelievable" website.
Posted by John Piippo at 9:46 AM