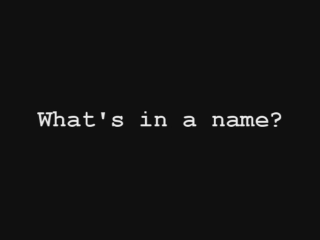 This morning at staff meeting Holly Benner asked a question about John 20:11-12 - As she wept, she bent over to look into the tomb and saw two angels in white, seated where Jesus' body had been, one at the head and the other at the foot. I'm back in my home office and looking at Craig Keener's response. Craig writes: "The angels were at the head and feet of where Jesus had been, marking the holiness of the site of the resurrection." Then, in a footnote, he writes: "Simenel, "Jean 20," compares the position of the cherubim on the mercy seat, hence the tomb with the ark of the covenant; this is possible but may be overreaching; after all, Jesus' presence was gone from the site." (Keener, John, 1188)

Important: in preaching do not overreach.

This is challenging, since I believe, hermeneutically, that more is contained in the text thn simply the literal meaning of the text. Years ago, in my doctoral dissertation on metaphor theory, I was much influenced by metaphor theoreticians like Paul Ricoeur who aregue that, in metaphorical language, even all language, there is a "surplus of meaning." (See Ricoeur, Interpretation Theory: Discourse and the Surplus of Meaning) The narrow hermeneutical world of fundamentalist biblical literalism errs in many ways, one of which is the error of anachronism; viz., applying a relatively recent and provincial theory of interpretation to an ancient text that never was read only "literally." And, of course, we must define "literal."

We here face a preaching decision. Or, I think, the need for guidance and discernment from God. Should I track down Simenal's idea of the cherubim at the mercy seat? I don't think so. For now I am going with Craig's take on this. If others along the way say differently than I'll look into it.

John 20:14-16 - Craig calls Mary's encounter with Jesus one of several "recognition scenes" in the Gospel of John. (Ib., 1189) I like this. This is a "My Lord and my God!" moment. It's dramatic. The eyes widen. The heart beats faster. Initially Mry does not recognize Jesus. It could be because she was weeping. (Keener, Ib.) Mary thought Jesus was a "gardener." That makes sense, since the tomb was in a garden (the word can be better translated as "orchard," or "plantation").

We read, in John 20:15 - Thinking he was the gardener, she said, "Sir, if you have carried him away, tell me where you have put him, and I will get him." Craig comments: "That Mary offers to carry Jesus away if the present burial site was inappropriate suggests great devotion; to protect his body from the dishonor of an unmarked or unmourned grave, she is willing to exert what, for Mary by herself, would have likely involved tremendous physical effort." (Ib., 1190)

Jesus reveals his identity to Mary by simply revealing her name to her. "Mary." Jesus has already said that "his own sheep would recognize his voice, especially when he called them by name (10:3-5)." (Ib., 1190-1191) This is a good connection. Thank you for commentaries (again)! it seems simple, but I might not have noticed it. This seems important to me, since I find myself touched when Jesus speaks "Mary," and that becomes the moment of recognition.

Craig points out that God has a history of calling people by name. For example:

Craig writes: "In Scripture and in other early Jewish sources, God often secured his people's attention by calling them by name, often a double name." (Ib.) OK. But I call a lot of people by name. This seems important to me. Yet I imagine myself listening to a sermon that points out some kind of significance in calling a person by name. I might wonder, "What's the uniqueness about that?" Yet I remain touched, when Jesus says "Mary." My own father, at the end of his life, called me by name when he said, "John I love you." I can barely write that sentence... it means so very much to me... that he spoke my name.. the name he had given me. It feels far mkore powerful than had he left my name out and simply said "I love you." That would have been great. Yet the addition of my name, the personalization of this encounter, takes the words "I love you" out of the ballpark. What was already a home run has become a 700 foot home run. I am thinking something like this. I'm thinking about the importance of names and namingnin ancient Hebrew culture.

There are things hear that, I feel, many of us need to hear. I'm asking God to develop his thoughts in me about this moment right here. I'll deliver them to the people on Sunday morning.
Posted by John Piippo at 12:53 PM