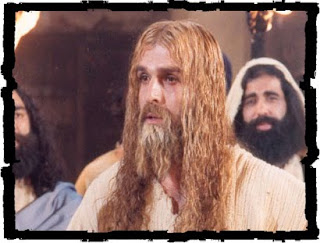 Because I'm going to Kenya in a couple of months I occasionally turn to The Daily Nation, based in Nairobi. In today's paper there's a news piece, "Lebanon bans Iranian biopic of Jesus Christ."

Lebanese Christians say the film denies basis of Christianity. It's called "The Messiah," and was originally released in Iran in 2008. Because the movie is based on the Quran's statements about Jesus it will deny actual, historic Christianity.

"Christians believe Jesus was the son of God and died by crucifixion before resurrecting and ascending to heaven. But Muslims say Christ, or “the prophet Issa” in Islam, ascended to heaven while still alive, a notion which is made clear in the series.


“The Koran talks about Jesus many times, and about Mary many times,” director Nader Talebzadeh said in an interview to CNN in 2008, when the original movie was released. “But he is never the son of God, he is a prophet, and also he was not crucified — someone else was crucified in his place,” he added."

No serious scholar of Jesus takes into account the Quranic version of Jesus.
Posted by John Piippo at 11:12 PM