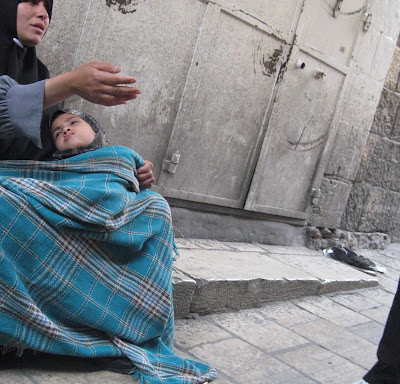 (Linda and I thank all the Redeemer people who gave testimonies this morning - we are still basking in them tonight!)

At the end of John 15 Jesus tells his disciples: 1) he is leaving them; 2) the world that has hated him and now will crucify him will also hate them; 3) the disciples will be kicked out of the synagogues and maybe eventually be killed; 4) the Spirit of truth will come to them and testify about Jesus; and 5) the disciples, who have been with Jesus since the beginning of his earthly ministry, will testify of what they know about Jesus.

This word "testify" is a form of the Greek marturia, from which we get "martyr." It's a legal word, as when one testifies as a "witness" in a court of law. In fact, marturia can be translated "witness," as well as "testify."

To "testify" is not to interpret or give one's opinion. It is, simply, to speak about what you have seen and heard. One example is the story in John of the man born blind, who gets healed as he ashes his eyes in the Pool of Siloam, and then is called before the religious temple-leaders. They ask him who did this to him? He says, "I don't know. But one thing I do know: I was blind but now I see."

I know this: one day I was doing drugs daily; I asked God to help me if he was real; and that was the last day I have even done drugs This year, in May, will be my fortieth anniversary of this wonderful event. Without interpreting that event, I do know it did happen to me. Once I was on drugs, but now I am free and have been free for 40 years. As I write this it makes me feel very, very good.

Jesus-followers are to testify. This means they witness to what they have seen Jesus do and heard Jesus say to them. This is the idea of a personal "testi-mony." After my message this mornign  we called people forward to give "one-minute testi-monies." People shared things like: "I was an alcoholic but now I am free"; "I smoked four pack of cigarettes a day, asked God to take this away from me, He did, and I have  not smoked a cigarette in many years"; "As a husband I had been yelling at my wife and children, and God has taken this away from me." We heard about 15 of these kind of testimonies this morning. They were so powerful. Why?

The basic role of the Holy Spirit in our lives is to empower these testimonies; to empower our "witness." Which is: to make mere human words more than human. I define "Holy Spirit" as God's personal, empowering presence. Acts 1:8-9 tells us what the empowering is for. "When the Holy Spirit comes upon you, you will be my witnesses (marturia)." The Holy Spirit empowers what we testify to.

Therefore: testify. Tell people what Jesus has done for you, what you have seen and heard and experienced for yourself. You do not have to be a Bible scholar to do this. A few weeks ago a woman named Lori witnessed to some things God has done in her marriage with her husband Mike. Lori had written this out on paper so she wouldn't stumble when speaking. She was nervous, trembling, as she read this fresh testimony. Whle she is not a biblical scholar, her words so more powerful and empowered by the Spirit that tears formed in eyes, marital couples felt hope, and people stood to applaud when Lori finished. God had done such great things for her that she told God she would climb on top of our church building's roof to testify if He wanted her to. God told her, "Instead, testify under the roof." She did on that Sunday. God was all over it.

If you are a Jesus-follower then you have a "witness." Therefore, testify, before other and to others, to what God has done in your life.
Posted by John Piippo at 8:33 PM