It's the Relationship, Not the Theory (or Doctrine), That's the Point of It All 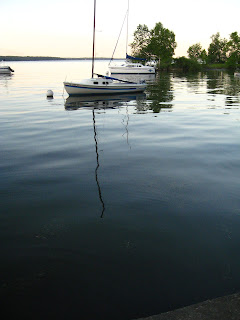 Andrew Murray writes, in his book Abide in Christ, that he finds Christians who hold to the theological truth of justification by faith but who "have hardly found a place for the larger truth 'The just shall live by faith'." (26) Murray writes that such people "have never understood what a perfect Savior Jesus is, and how He will each day do for the sinner just as much as He did the first day when He came to Him." (26)

I like this. It's one thing to have biblical and theological correctness; it's quote another thing to live out these great truths. I have met "Christians" who really wack out when they think someone is making a "theological error" that goes against their doctrine, while not themselves living lives that actually trust in Jesus. Which is, by the way, the point of the whole thing. God did not send his Son to rescue us so that we could have a correct theology, but so that we would come into relationship with him. It's the relationship, not the theory, that is the point of the whole Jesus-thing.

To abide, is the freedom of devotion


It takes a lot of work to live as an individual, unhindered by rules, not answerable to an authority or others’ opinions. If you disagree, then I can blame your understanding. If you think I’m not respecting you, well, of course I am. Just not the way you want me to. And behind the technicalities of what you said and what I meant, I am set apart with my own experience, my life. Too bad I couldn’t choose which events to experience. I am engrossed by the daily operations of my little world. The exhaustion of promoting me against the surrounding reality leaves me feeling too tired or too successful to step beyond the illusion. Behind the walls of my defenses I proclaim that I am free to be myself. Too bad this isn’t the freedom you had in mind.

It takes a lot of work to live as a productive member of society, serving authority, listening to and filtering other’s opinions. If you disagree, we’ll have to talk about it, by 5:00pm tomorrow. Because there’s a few new policies going into effect. Except, that doesn’t happen until next month. They sent us an email. Well, yes, I was aware there were some modifications, but it wasn’t supposed to take that long. At the last meeting we decided to take this approach, which was interrupted by a sick child, and three memos later we drank just enough caffeine to remember that there was a point to this. There was a point. Something important. Something worth fulfilling. Something that awoke me, stirred me, to fulfill it.

And so Paul says, “ . . . but I press on that I may lay hold of that for which also I was laid hold by Christ Jesus.” In the spiritual life, beyond the self, beyond productivity, outside our frail constructs, there is no longer limbo. It may yet be dark, but in the Spirit we abide, in truth there is a way, and in love there is a prize.
Posted by John Piippo at 8:06 PM