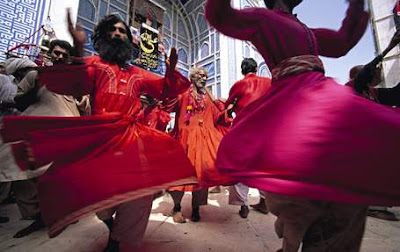 Pankaj Mishra's essay on Hinduism, "Beyond Boundaries," is excellent. Mishra correctly presents Hinduism as a variegated collection of ideas, beliefs, and rituals that tends towards amorphism and, as such, is difficult to define and pin down. Mishra writes: "despite the frantic attempts by Hindu nationalists to “modernise” Hinduism, this religion still lacks a single dominant church, creed or clear founder; it possesses a variety of gods and goddesses, and prescribes several modes of devotion and salvation, “high” as well as “low”."

"Hinduism in practice contains a baffling diversity of religious ideas, extending from the worship of trees and abstract monism to atheism – alone among major world religions, Hinduism continues to expand its pantheon with new divinities."

This entire article is well worth reading to get a grip on religion in India, how its mythical narratives have endured and morphed, and why they have and like will continue to resist Europeanization.
Posted by John Piippo at 9:22 AM