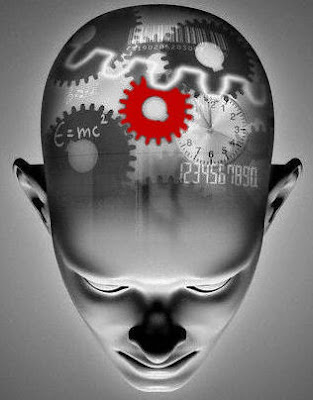 The brilliant Duve "speaks of biological history as proceeding through successive ages, from the "age of chemistry" to he "age of information" to the "age of the single cell" to the "age of multicellular organisms" and finally the "age of the mind."" D'Souza then says, "The age of the mind:an arresting concept. It reveals that evolution has gone beyond increasing complexity; it has provided the catalyst for a new order of being in the world." (D'Souza, 105)

In chapter seven of Life After Death D'Souza looks at the "mind." He takes on reductive materialism. (Dennett) and functionalism (Pinker). I pause here to express my happiness, since one of my current areas of study is neurophilosophy and mind-body issues. I just love getting into this stuff!

What is reductive materialism? D'Souza begins this chapter with a representative quote from Francis Crick. Crick writes: "You, your joys and sorrows, your memories and your ambition, your sense of personal identity and free will, are in fact no more than the behavior of a vast assembly of nerve cells and their associated molecules." (In D'Souza, 107) There are problems with such a view. D-Souza goes after them.

D'Souza takes on the fundamental criticism of mind-body dualism, which is: how can a mental state bring about a physical cause. He then refutes eliminative materialism, finding it fundamentally incoherent (i.e., if there is no such thing as "mind" and all that is, is physical, then an eliminative materialist is only someone with his neurophysiology on display). The main materialist alternatives are reductive materialism and functionalism. I think D'Souza does a very good job explaining all of this, so much so that his chapter functions as a nice, clear introduction to one of the most interesting and important philosophical discussions of our time.
Posted by John Piippo at 12:35 AM