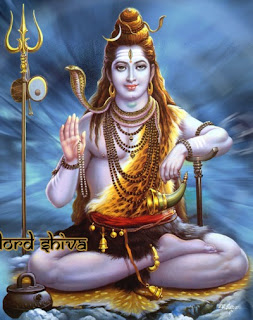 Washingtonpost.com has this interesting article, written by Hindu professor Aseem Shukla, on the necessary connection of yoga with Hinduism. Shukla is dismayed that yoga has been co-opted by Christians and Jews and embraced by Abrahamic religions. Shukla writes:

"Nearly 20 million people in the United States gather together routinely, fold their hands and utter the Hindu greeting of Namaste -- the Divine in me bows to the same Divine in you. Then they close their eyes and focus their minds with chants of "Om," the Hindu representation of the first and eternal vibration of creation. Arrayed in linear patterns, they stretch, bend, contort and control their respirations as a mentor calls out names of Hindu divinity linked to various postures: Natarajaasana (Lord Shiva) or Hanumanasana (Lord Hanuman) among many others. They chant their assigned "mantra of the month," taken as they are from lines directly from the Vedas, Hinduism's holiest scripture. Welcome to the practice of yoga in today's western world." In other words, American yoga-practitioners don't have a clue as to what they are really saying and doing, and from Shukla's Hindu perspective this is not right. It reminds me of being in Bangkok just before Christmas and seeing a mall filled with Christmas decorations, and Thai people shopping with no clue about Christmas, as understood by Christians.

"The severance of yoga from Hinduism disenfranchises millions of Hindu Americans from their spiritual heritage and a legacy in which they can take pride." Hinduism, says Shukla, is "a victim of overt intellectual property theft." There has been a steady disembodying of yoga from Hinduism.

Shukla does not think yoga is only for Hindus. He does think that cutting yoga off from Hinduism's spiritual roots misses what it has always been all about.

"Yoga, like its Hindu origins, does not offer ways to believe in God; it offer ways to know God. But be forewarned. Yogis say that the dedicated practice of yoga will subdue the restless mind, lessen one's cravings for the mundane material world and put one on the path of self-realization--that each individual is a spark of the Divine. Expect conflicts if you are sold on the exclusivist claims of Abrahamic faiths--that their God awaits the arrival of only His chosen few at heaven's gate--since yoga shows its own path to spiritual enlightenment to all seekers regardless of affiliation."

Shukla says practicing yoga will make a Christian a better Christian. But if, as Shukla claims, a practicer of yoga is connected to Hinduism's spiritual roots whether they acknowledge it or not, then I think Shuklas misunderstands Christianity. For those of us not interested in practicing Hinduism, yoga is something to be avoided.
Posted by John Piippo at 10:46 PM