Human Trafficking in the U.S. 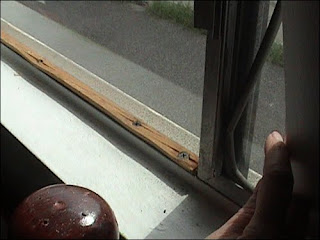 (The Vasquez-Valenzuela family held two young girls inside this apartment when they weren’t working the streets. The windows were nailed shut so the girls would not try to escape.)

A friend connected with the FBI made me aware of this recent human trafficking arrest.

Some "girls—some as young as age 12—were smuggled into the U.S. from their village homes in Guatemala. Their impoverished parents were told that their daughters would be working in restaurants and jewelry stores in California and would earn good wages that could be sent back to their families.


Instead, upon arriving in Los Angeles, the girls were taken to have their eyebrows tattooed and their hair colored and then forced to work the streets as prostitutes. It was one of the biggest human trafficking cases we’ve ever investigated, and when it was all over last year, nine defendants known as the Vasquez-Valenzuela family went to jail—with the ringleader receiving a 40-year sentence...

“These girls and women were physically beaten and were held in apartments so they couldn’t escape,” said Special Agent Tricia Whitehill in our Los Angeles Field Office. “Members of the Vasquez-Valenzuela family would sleep by the doors with knives,” Whitehill added. “So not only were they physically held captive, but they were also under constant threat.”

"It's sad but true: here in this country, people are being bought, sold, and smuggled. They are trapped in lives of misery—often beaten, starved, and forced to work as prostitutes or to take grueling jobs as migrant, domestic, restaurant, or factory workers with little or no pay. We’re working to stop human trafficking—not only because of the personal and psychological toll it takes on society, but also because it facilitates the illegal movement of immigrants across borders and provides a ready source of income for organized crime groups and even terrorists."

Here in Monroe we're 15 miles north of Toledo. Toledo ranks "fourth in the nation behind Miami, Portland, Ore., and Las Vegas in arrests, investigations, and rescues of children involved in the sex trade." (Toledo Blade, March 14, 2010) It is "estimated that as many as 1,800 people may be trafficked in Ohio at any given moment."

To be part of the rescue effort, go to nightlightinternational.com.
Posted by John Piippo at 2:37 PM