The Sadducees (not the Pharisees) Denied Resurrection & the Afterlife 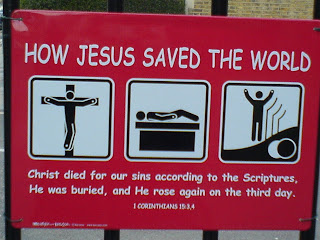 In my message at Redeemer this Easter morning I mistakenly said that it was the Pharisees who denied resurrection and the afterlife. That was a mistake. The Pharisees affirmed the idea of resurrection, the Sadducees denied it.

N.T. Wright says: "In the postbiblical period, the Jewish group known as the Sadducees famously denied the future life altogether. The Sadducees, according to the first-century C.E. Jewish historian Josephus, held that “the soul perishes along with the body” (18.16)... "Resurrection” is not simply death from another viewpoint; it is the reversal of death, its cancellation, the destruction of its power. That is what pagans denied, and what Daniel, 2 Maccabees, the Pharisees and arguably most first-century C.E. Jews affirmed, justifying their belief by reference to the creator God and this God’s passion for eventual justice."