The Religious Will Inherit the Earth 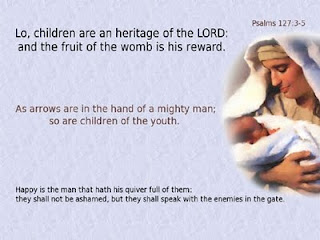 (Picture from Quiverfull, and referred to by Caspar Melville as "propoganda," as seen when you go to Melville's article and right-click on the picture.)

Political scientist Eric Kaufmann's Shall the Religious Inherit the Earth? is reviewed here by Caspar Melville. Melville's "review" is almost immediately discredited when he writes: "If, like me, you skip the six dense chapters of politico-demographic analysis, in the very last line of the book you can find his answer: “The religious shall inherit the earth.” So, it appears that this is a partial review of Kaufmann's text.