"Godthink" - The Naive Idea That All Religions Are the Same 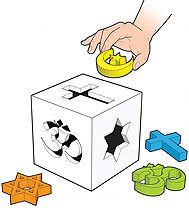 Boston University's Stephen Prothero (of American Jesus), in "Separate Truths," writes that tt is misleading — and dangerous — to think that religions are different paths to the same wisdom. A lot of people from Oprah Winfrey to the Dalai Lama ("who should know better") claim that “all major religious traditions carry basically the same message.” Hindu teacher Swami Sivananda writes, “The fundamentals or essentials of all religions are the same. There is difference only in the nonessentials.” Prothero says: "This is a lovely sentiment but it is untrue, disrespectful, and dangerous."

"The gods of Hinduism are not the same as the orishas of Yoruba religion or the immortals of Daoism. To pretend that they are is to refuse to take seriously the beliefs and practices of ordinary religious folk who for centuries have had no problem distinguishing the Nicene Creed of Christianity from the Four Noble Truths of Buddhism from the Shahadah of Islam. It is also to lose sight of the unique beauty of each of the world’s religions.


But this lumping of the world’s religions into one megareligion is not just false and condescending, it is also a threat. How can we make sense of the ongoing conflict in Kashmir if we pretend that Hinduism and Islam are one and the same? Or of the impasse in the Middle East, if we pretend that there are no fundamental disagreements between Judaism, Christianity, and Islam?"

Such thinking is naive. Prothero calls it "Godthink." Where in the world did Godthinking come from? It came, partly, from the idea that one's own religion is the way to heaven or nirvana or paradise. How so? Prothereo says religious exclusivism caused religious violence which caused the rise of a "religious tolerance" that reimagined the world rather than described it, in the hopes of eliciting feelings of brotherhood and sisterhood. That was a nice move, but inaccurate.

Prothero:  "When it comes to safeguarding the world from the evils of religion, including violence by proxy from the hand of God, the claim that all religions are one is no more effective than the claim that all religions are poison... [W]hile we need idealism, we need realism even more. We need to understand religious people as they are — not just at their best but also their worst. We need to look at not only their awe-inspiring architecture and gentle mystics but also their bigots and suicide bombers."

Prothero thinks that what the world's religions do share is a "starting point." From then on they begin to diverge, and do not share a "finish line." All the world's religions begin with this observation: "Something is wrong with the world." Something has "gone awry." After this universal agreement, the world religions part company as regards the diagnosis of just what has gone wrong. They depart from each other even further as they prescribe what now needs to be done to correct the situation.

"The great religions also differ fundamentally when it comes to the techniques they employ to take you from problem to goal. In Confucianism, the rules and rituals of ancient Chinese civilization foster the religious goal of social harmony. But according to Daoists, these very rules and rituals cause the human problem of lifelessness. Civilization is a vampire, Daoists claim, sucking the life out of us, depleting our qi (vital energy), and taking us to an early grave. The only way to pursue the Daoist goal of fostering life is to live in harmony with the naturalness, simplicity, and spontaneity of what Daoists call the Way."

The world religions also differ in that they "look to different exemplars - Christian saints, Hindu holy men - to chart the path from problem to goal." While there are family resemblances, "today it is widely accepted that there is no one essence that all religions share."

I agree with Prothero's skepticism re. the fruitfuolness of "interfaith dialogue" as something that will "bridge gaps" between, e.g., Christianity and Islam. Prothero writes:

"While I do not believe we are witnessing a “clash of civilizations” between Christianity and Islam, it is a fantasy to imagine that the world’s two largest religions are in any meaningful sense the same, or that interfaith dialogue between Christians and Muslims will magically bridge the gap. You would think that champions of multiculturalism would warm to this fact, glorying in the diversity inside and across religious traditions. But even among multiculturalists, the tendency is to pretend that the differences between religions are more apparent than real, and that the differences inside religious traditions just don’t warrant the fuss practitioners continue to make over them."

It's not helpful, and even harmful, to Oprah-sync the world religions. Prothero concludes: "[B]oth tolerance and respect are empty virtues until we actually know whatever it is we are supposed to be tolerating or respecting."

Prothero gives us a nice piece of work. Read it in its entirety.
Posted by John Piippo at 9:59 AM