Putting the Science Warriors In Their Place 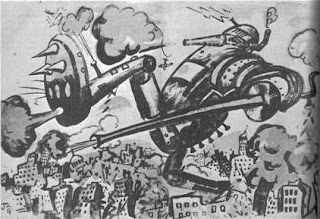 U. of Pennsylvania philosopher Carlin Romano has a nice essay entitled "Science Warriors' Ego Trips" in The Chronicle of Higher Education. Romano takes on "science patriots" like philosophy professor Massimo Pigliucci. Pigliucci "offers... hero sandwiches spiced with derision and certainty." Surely it is a paranoid psyche that so easily dismisses, for example, an Owen Gingerich, the Harvard scientist who "contends in God's Universe (Harvard University Press, 2006) that it is partly statistical arguments—the extraordinary unlikelihood eons ago of the physical conditions necessary for self-conscious life—that support his belief in a universe "congenially designed for the existence of intelligent, self-reflective life"?"

To his credit, Pigliucci "admits that "methodological naturalism"—the commitment of all scientists to reject "supernatural" explanations—is itself not an empirically verifiable principle or fact, but rather an almost Kantian precondition of scientific knowledge."

There's a lot more in Romano's essay. But let's stop here and pause on the above. Methodological naturalism is itself not an empirically verifiable principle or fact. In my dialogues with some who are over-enamored with "science" this point is lost. And, science says nothing about value claims over what is "bad" and "good."
Posted by John Piippo at 9:39 PM