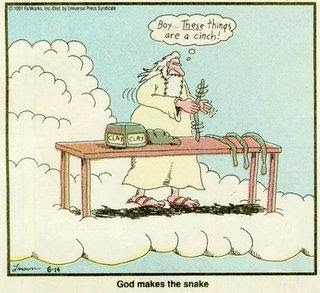 I just stumbled upon this very nice collection of essays by Christian theist-philosophers on the problem of evil against the existence of God.

I checked out the first essay by Marilyn McCord Adams (Yale). I've got Adams' book Horrendous Evils and the Goodness of God. She's a brilliant scholar, and this essay summarizes points from her book. Consider this, for starters. Adams states that, in framing the "problem of evil" in relation to the God of theism, it is important not to characterize God as follows."It does the atheologian no good to argue for the falsity of Christianity on the ground that the existence of an omnipotent, omniscient, pleasure-maximizer is incompossible with a world such as ours, because Christians never believed God was a pleasure-maximizer anyway. But equally, the truth of Christianity would be inadequately defended by the observation that an omnipotent, omniscient egoist could have created a world with suffering creatures, because Christians insist that God loves other (created) persons than Himself."

Nice stuff. And, for people like myself who keep philosophically studying this issue, this collection is a gift.
Posted by John Piippo at 12:08 AM