The Zombie Argument Against Physicalism 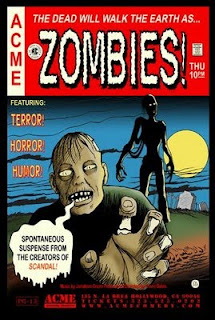 In my Philosophy of Religion class I recently presented, as an example of logical argumentation, David Chalmers's "zombie argument" against physicalism. I'm going to try th argument again with my students tomorrow night, this time giving them the handout below.

P1. If physicalism is true, then it is logically impossible for p-zombies to exist.

P2. It is logically possible for zombies to exist.

If it is logically possible for zombies to exist, then consciousness cannot be explained reductively.

1. A philosophical zombie or p-zombie is a hypothetical being that is indistinguishable from a normal human being except that it lacks conscious experience, qualia, sentience, or sapience. When a zombie is poked with a sharp object, for example, it does not feel any pain. It behaves exactly as if it does feel pain (it may say "ouch" and recoil from the stimulus), but it does not actually have the experience of pain as a person normally does. (See “Philosophical Zombie,” in wikipedia - http://en.wikipedia.org/wiki/Philosophical_zombie)

4. See the “zombie argument against physicalism” developed in detail by David Chalmers in The Conscious Mind (1996). According to Chalmers, one can coherently conceive of an entire zombie world: a world physically indiscernible from our world, but entirely lacking conscious experience. In such a world, the counterpart of every being that is conscious in our world would be a p-zombie.

The claim of Chalmers and others is a strictly logical claim. Which means: Since such a world is logically conceivable, Chalmers claims, it is possible; and if such a world is possible, then physicalism is false. (Note: “square circle,” or “married bachelor,” are examples of concepts that are logically inconceivable.)Chalmers is arguing only for logical possibility, and he maintains that this is all that his argument requires. He states: "Zombies are probably not naturally possible: they probably cannot exist in our world, with its laws of nature."It’s easy to imagine a “zombie.” A “zombie” is a creature physically identical to a human, functioning in all the right ways, having conversations, playing chess, but simply lacking all conscious experience.

So if a person can be physically identical to us yet without consciousness, then it would seem that consciousness is not a physical thing.“There is an explanatory gap here that is really something of an abyss,” says Chalmers.
Posted by John Piippo at 1:44 PM