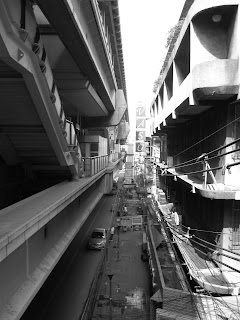 I'm just working some thoughts out here that are under continuous development...

A few years ago a man in our church named Carl broke his foot. Under any circumstances this is sad, but it felt especially so since Carl is a runner. Some years ago Carl ran in the Detroit Free Press Marathon and did well enough to qualify for the Boston Marathon. One time when I was at Carl's house he and his wife Sarah showed me pictures of Carl running his first Boston Marathon. Just to compete in that most famous of marathons is, to me, quite an accomplishment. I asked Carl about his training. "What did you do to train for these marathons?" Carl said: "Run." OK.

When Carl broke his foot the following sequence of events happened. I write them in an unembellished form, as I remember them, as they occurred.

1. One day Carl felt something bad happen in his foot.
2. Carl went to the hospital.
3. X-rays/MRI showed the foot was broken, and exactly where it was broken.
4. Carl asked people in our church to pray that God would heal his foot - so, on a Sunday morning, we prayed for Carl.
5. Carl went back to his doctor the next week.
6. New tests on the foot were taken.
7. X-rays/MRI showed there was no break in Carl's foot.
8. Carl believed God healed his foot in an answer to our prayers.
9. I have the medical records in front of me, on my desk, as I write.

Statements 1-9 are "factual." I put quotes around the word "factual" since, as a philosopher who is fairly acquainted with the discussion about what qualifies as a "fact" in the first place, I realize that whenever the word "fact is used an entire universe of meaning opens up that itself needs to be considered. Nonetheless, and with that in mind, I believe 1-9 are statements that are all true.

Let's pause here for a moment. An atheist who is a philosophical naturalist can agree that statements 1-9 are true. Even with #8, there is no reason to doubt that Carl believed, and still believes, that God healed his foot. The question then becomes: is it true that God healed Carl's foot. With that we have a tenth statement:

10. The cause of Carl's foot showing no break is that God healed his foot.

Carl believes 10 to be true, as do I. But #10 is a different kind of statement than are #s 1-9. Here we have a statement that is an interpretation of 1-9. 10 claims to be an explanation for the facts 1-9. 10 claims to be an "inference to the best explanation." Every interpretation is a function of some cognitive context. Which worldview or noetic framework best explains what happened to Carl?

When we talk of worldviews, noetic frameworks, or metanarratives, we have left the world of empirical realities discoverable (to a degree - because there's controversy here) by "science." "Science" qua "science" cannot give worldviews or metanarratives. One cannot see "theism" or "atheism" under a microscope. But it takes a metanarrative to interpret a "fact." Or, perhaps, something becomes a "fact" or not based on a metanarrative. All facts are theory-laden. As a theist I can see that it is probable that God healed Carl's foot. That explanation is not odd if theism is true. If atheism is true then 10 is, of course, false, and there must be some purely naturalistic explanation even if we cannot now see it.

This makes the central area of discussion that of adjudicating between worldviews. Statements 1-9 do not evidentially "prove" either theism or atheism; rather, it is "by" either theism or atheism (or some other worldview) that one comes up with statement 10. By inference to the best explanation we ask which way of seeing best explains 1-9? If I already believe there is no God then of course 10 above as false. If I already believe in God then, by the sequence of events (broken foot-receive prayer-foot not broken), I can accept 10 as true. If the atheist is stunned as to how someone like myself or even Carl could accept 10 as true, their being-stunned should not be as a result of some totally objective "facts."

Note this: If the atheist-naturalist claims "No one gets healed today" after reading a clinical case like Carl's, then I suspect this is but an epiphenomenon of their pre-existing worldview. "Evidence" gets filtered through their naturalistic metanarrative which removes any supernatural causes. Of course. And of course I rejoiced when God healed Carl's foot.

(I have collaborated with two scholars who are now writing, independently, texts on divine healing. They have Carl's medical records.)
Posted by John Piippo at 9:31 PM