Why Science Can't Tell Us Everything 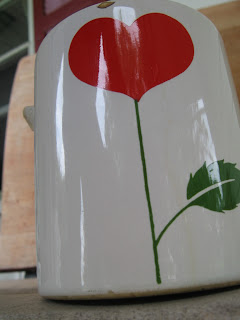 (My favorite coffee cup, given to me by one of our MSU students, circa 1982. The handle broke off years ago. Coffee tastes better in this cup than in others!)

On occasion I read or talk with someone who has the over-inflated and naive idea that "science" can tell us "everything." It cannot. Here's why.

Particle physicist John Polkinghorne was Professor of Mathematical Physics at the University of Cambridge, and the discoverer of quarks. In a recent interview Polkinghorne states: "Scientists who make arrogant claims that science tells you everything worth knowing are making a boastful claim that just doesn’t stand up. Science tells us how the world works, but it really doesn’t try to tell us about matters of meaning or value or purpose, which are equally important." The science can do things like weigh, measure, analyze properties, and quantify. For example, a scientist could weigh the coffee cup that is now before me. He could analyze its molecular composition. But when the scientist says "That's a very nice coffee cup," at that point he has left science and entered into the world of value, meaning, and purpose.

Take, e.g., the statement Science has value. In itself, that is not something science could discover. The scientist cannot take his analytic tools and find "value" in the way Polkinghorne found quarks. The statement Science tells us everything cannot be true since it is itself a non-scientific statement. So, since meaning, value, and purpose are important, and science cannot give us answers in these areas, we must look elsewhere. Welcome to the worlds of religion and philosophy.

Could value, meaning, and purpose be emergent properties of the physical brain? (Which would mean they are irreducible with respect to the physical brain.) With this question we enter into what Owen Flanagan and others call the "really hard problem of finding meaning in a material world." Underline the words "really hard." The matter is  hard because science only studies material events, of which meaning, value, and purpose are not. But discussions of meaning, value, and purpose abound and are inextricably part of what it is to be human. If you think what I have just written is "nonsense" your claim is non-scientific. Here scholars like Polkinghorne and Flanagan, while respecting science and knowing its limits, turn to the "humanities."
Posted by John Piippo at 9:48 AM