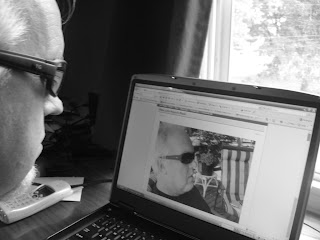 (Me, doing some online self-reflection.)

TimesOnline has an article on internet addiction. Here are some bullets.

Are you an internet addict? Go here on the internet to find out. I took the test and am feeling good about myself. So good, that I am going to pick up a physical book to read, then sit and watch the Oscars with Linda.