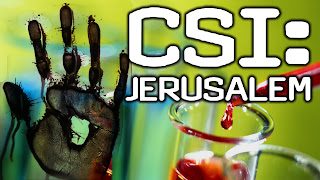 Obviously I am quite taken by nearly everything N.T. Wright writes. Scholars like this are, in my opinion, rare. Wright's comprehension of the requisite background knowledge is stunning, and his total life-immersion in the subject matter shows what can happen when a person life-dedicates themself to a focused area of study. If I could quote all 738 pages of his The Resurrection of the Son of God I would. This week I am into this book. So, here's some more Wright-stuff.

On pp. 608 ff. Wright is looking at the resurrection narratives in the gospels. He writes: "There are only two options that will account for these stories being what they are; and I find the first frankly incredible." Option #1 is: the resurrection stories are late inventions. Wright gives a number of examples here to argue against this explanation. Here's one. Matthew, Mark, Luke, and John share "the strange absence of any mention of the future post-mortem hope of Christians. Supposing a Christian group, or several individuals, who had pondered the developing resurrection-belief of the early church, not least as we see it in Paul, were to write a story about 'what really happened' as a way of turning into an aetiological myth the burgeoning belief that Jesus' resurrection was the model and the means for the future Christian hope." (610) By the 50s, Christians who thought of Jesus' resurrection also thought of their own resurrection. Arguably, were they to invent the resurrection story, they would have written in their hope of their own personal resurrection. Wright says: "It is completely unbelievable that four writers would have come up with very different Easter stories and that each one, by a kind of tacit agreement, would have omitted all mention of this increasingly important theme." (610) As another example, Wright believes that no one writing after twenty years, let alone thirty or forty, would have placed the women at the empty tomb. These and other examples argue against option #1.

Option #2 - "Try running the movie back to front... I find this second option more probable at the level of sheer history... The very strong historical probability is that, when Matthew, Luke and John describe the risen Jesus, they are writing down very early oral tradition, representing three different ways in which the original astonished participants told the story. These traditions have received only minimal development, and most of that probably at the final editorial stage, for the very good reason that stories as earth-shattering as this, stories as community-forming as this, once told, are not easily modified. Too much depends on them." (611)
Well, that's too much quoting of Wright and not enough explanation. Wright of course does give his reasons to support option #2. I especially love the series of rhetorical questions he asks on pp. 611-612, and felt tempted to quote it in its entirety.

It's important to note that, in all of this, Wright is not making an argument for the historical accuracy of the accounts. "It is," he says, "an argument for the accounts being chronologically as well as logically prior to the developed discussions of the resurrection which we find in Paul and many subsequent writers...  [T]he strong probablity is that the Easter stories they contain go back to genuinely early oral tradition." (612)
Posted by John Piippo at 2:07 PM