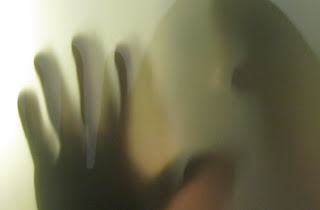 I'm reviewing notes I took when I read Lee Strobel's The Case For the Real Jesus. I think this book serves as an excellent introduction to Jesus-studies today. Here are a few highlights for me.

1. Real Jesus-scholars know the Semitic languages and context. To fail to understand these things is to fail to understand Jesus. (Craig Evans, 30-31) Reading NT Greek is not enough, since Jesus did not speak Greek, but Aramaic (or, perhaps, Hebrew, as some scholars in The Jerusalem School of Synoptic Research in Jerusalem hold. So what do I do, since I can only read (to a limited extent) NT Greek? I took a year of Hebrew in seminary, but even if I had a working knowledge of Hebrew Evans says the Hebrew of the OT is sort of a "baby Hebrew." (30) My answer: read scholars who know all the languages, the socio-historical context, etc.

2. I liked what NT scholar Daniel Wallace says about critics who say "Find me one error in the Bible and we can throw the whole thing out." Wallace says "That's something you hear at some ultraconservative Christian schools. That's such a shockingly naive approach to take. You've basically turned the Bible into the fourth person of the Trinity, as if it should be worshiped... That's scary." (75) We have to view the Bible "in light of first-century historical practices." (Ib.) I really like what Wallace then goes on to say about the modern idea of "inerrancy." For me fundamentalist inerrantists mishandle the Bible by being anachronistic. Bring their arguments via a time machine back to the early Acts-church and they would have said, "Huh?"

3. Michael Licona's thoughts on the credibility of the Qu'ran are helpful. For example, Licona writes: "Unless you're a Muslim who is already committed to the Qu'ran, no historian worth his salt would ever place the Qu'ran as a more credible source on jesus over the New Testament, which has four biographies and other writings dated shortly after Jesus and which contains eyewitness testimony. In historical Jesus studies, I don't know of a single scholar who consults the Qu'ran as a source on the historical Jesus." (132) So on Jesus, the Qu'ran is not credible. And that last statement is a scandal among Muslims.

4. The brilliant Semitic language-scholar Edwin Yamauchi debunks the old yet internet-"new" idea that Christianity's beliefs about Jesus were copied from pagan religions. Here's a something I found humorous. Strobel asks Yamauchi, "Do you think that in this age of the Internet, where half-truths and misinformation keep getting recycled, scholars are doomed to forever be responding to overblown claims that have long been answered?" Yamauchi responds, "Yes, unfortunately, probably so... Even though the Internet is a quick and convenient source of information, it also perpetuates outdated and disproved theories." Indeed. The silliness and pseudo-profundity of "Zeitgeist"...

5. I've loved the work of Michael Brown for some time. Brown is, among Messianic Jews, the most brilliant, having done his Ph.D. in Near Eastern Languages and Literature at New York University. This is a rich interview, with enough insights to send a person off studying for a long time. At one point, for example, Strobel asks Brown - "Isaiah 52:13-53:12 - how important in this passage?" Brown replies: "It's almost as if God said, 'I want to make it so absolutely clear Yeshua is the Messiah that it's undeniable.' I almost feel as if God would have to apologize to the human race and to the Jewish people for putting this passage into the scriptures when it so clearly points to Yeshua if he didn't really mean that." (212) Behind Brown's words lies a universe of scholarship.

6. Paul Copan, in his writing and intellect, reminds me of J.P. Moreland. I consider that the highest of compliments. We had J.P. at our HSRM conference last summer. I'm familiar with his philosophical brilliance, so what a pleasure it was to see him in person as a communicator who is able to take extremely difficult concepts and make them clear to non-specialists. Copan is like that. I'll be reading more of him in the days ahead. Here is, briefly, Copan's response to the infamous statement "If you were born in Saudi Arabia you'd be a Muslim, and if you were born in India you'd be a Hindu." Copan replies: "Statistically speaking, that could be true. And if the pluralist had grown up in medieval France or modern Somalia, he probably wouldn't be a pluralist. So the geography argument doesn't carry much weight. Besides, I could make the claim that if you lived in Nazi Germany, the chances afre you would have been part of the Hitler Youth. Or if you lived in Stalin's Russia, you would have been a communist. But does that mean Nazism or Communism is as good of a system as democracy? No - just because there has been a diversity of political systems through history doesn't prevent us from concluding that one political system is superior to its rivals... There are good reasons for rejecting a system like Nazism or Communism in favor of democracies. So why can't it be the same with regard to religious beliefs? The point is: are there good reasons for believing one religious viewpoint over another?" (249-250) Even the use of the "geography argument" to discredit the truth of one religious viewpoint is itself a narrow, culturally relative belief.