Is Paul Copan A Moral Relativist? 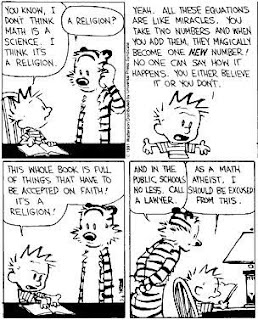 Hector Avalos recently pointed me here in response to my post on Paul Copan’s essay "Are Old Testament Laws Evil?" One of Hector’s claims is that Copan’s position is itself an example of moral relativism.


Avalos says: “As an atheist, I don’t deny that I am a moral relativist. Rather, my aim is to expose the fact that Christians are also moral relativists. Indeed, when it comes to ethics, there are only two types of people in this world:

Now that... is an astounding claim. All persons are moral relativists? Can he be serious? Plato was a moral relativist? I don’t think so. At least it is phenomenally unhelpful and misleading to claim this. Avalos reduces all philosophical ethics courses to one note. Call it: Varieties of Moral Relativism.

My son is currently taking an ethics course at his university. I am now holding the text in my hand. It’s Contemporary Moral Problems, by James E. White. Chapter One is called: “Ethical Theories.” This chapter has ten essays, all primary source materials. One of the ten (not all) is called “Ethical Relativism,” by William H. Shaw. Apparently, on Avalos’s theory, the other nine should be titled the same.

Shaw writes: “ethical relativism is the normative theory that what is right is what the culture says is right. What is right in one place may be wrong in another, because the only criterion for distinguishing right from wrong – the only ethical standard for judging an action – is the moral system of the society in which it occurs.” (White, 35)

OK. Well-said. But Plato did not believe that, as every philosophy student knows. So, Plato was not an ethical relativist. Neither Plato nor Platonists (like C.S. Lewis, e.g.) hold to the theory of ethical relativism.

Avalos writes: “Dr. Copan fails because he cannot admit that he is a moral relativist.” The reason Copan doesn’t admit to it is because he’s not. Copan is an ethical objectivist. (See Copan, "A Moral Argument," in To Everyone An Answer, in Beckwith, Craig, and Moreland)

Avalos, as an atheist, is committed to ethical relativism. I agree that, if atheism is true, then moral values are only subjective, and ethical relativism logically follows from this. But Avalos begs the question by saying Copan cannot admit he’s an ethical relativist precisely because Copan is a theist. This is what I think is going on here. As someone who believes the statement "God exists" is false, Avalos is thereby committed to ethical relativism. If it is false that God exists, then there are no objective moral values, even if people like Paul Copan think there are. But Copan, and I, think it is true that God exists. Therefore ethical relativism is false, and ethical objectivism is true. When Avalos, operating out of his noetic framework, calls everyone an ethical relativist, it's like a theist who tells Avalos he really believes in God even thought the atheist protests. I don't see that following that path of reasoning will get us anywhere. Because it begs the question.

Perhaps, when Avalos says all persons are really ethical relativists, he is making some kind of inside joke that I don’t get. It’s happened to me before. If that’s the case then those who get the joke are having a very good time at my expense. If it’s not a joke and Avalos is serious, then I think the joke is on him, since he seems to think that the set of "closet relativists" includes everyone from Plato to Kant to divine command theorists to even atheists who hold that there are objective moral values. If Avalos were right a lot of things would need to change in the area of philosophy of ethics. The Stanford Encyclopedia of Philosophy essay on “Moral Relativism” itself would have to be rewritten, since it assumes some philosophers (like, e.g., Martha Nussbaum) has “objectivist credentials.” I'll have to go back to a lot of my former philosophy professors and accuse them of lying as they refused to admit that they, too, were really moral relativists disguised as Kantians, Platonists, Aristotelians, etc.
Posted by John Piippo at 12:49 AM