A.J. Ayer Was Nicer After He Died 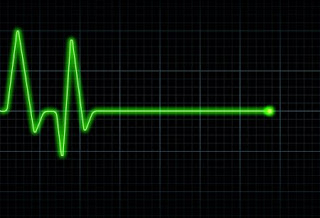 Way back in the 1970s, as a philosophy undergraduate, I read A.J. Ayer's Language, Truth and Logic. Ayer, an atheist, was a logical positivist, and famous for his "verification principle." The verification principle eliminated, as cognitively meaningful, metaphysical philosophy. I was a new Christian, and interested in metaphysics. The v-principle set me off on a course of studies in analytic philosophy and philosophy of language, to include reading Wittgenstein, J.L. Austin, and issues in "the problem of religious language." This area of study has never ceased to intrigue me, and on the way to today I did my doctoral dissertation on metaphor theory, relating it to Ayerian issues of language and cognitive meaning.

I just read Peter Foges's "An Atheist Meets the Masters of the Universe," an essay on A.J. Ayer's death, vision, and comeback from the dead. On June 6, 1988, the elderly Ayer swallowed a piece of fish and died. He flatlined (cardiac arrest and asystole). He was clinically dead for four minutes.

Ayer was not just any old atheist. He was one of the greatest atheists on the 20th century. "Ayer had spent most of his adult life putting the case very publicly on radio and television, as well as in print, for the “non-existence” of God—indeed arguing that the very idea of “God” was devoid of meaning, a position known in theology as igtheism. He had gone twelve rounds with the best and the brightest of the bishops and theologians in the land—and in the public mind he was thought, in the main, to have triumphed." Famously, in 1949 Ayer debated Roman Catholic philosopher F.C. Copleston.

While dead, Ayer had a vision that affected him so much he said, "My recent experiences have slightly weakened my conviction that my genuine death, which is due fairly soon, will be the end of me, though I continue to hope that it will be. They have not weakened my conviction that there is no God.” While Ayer said this publicly, privately he confided in his physician, Dr. Jeremy George, that ‘I saw a Divine Being. I’m afraid I’m going to have to revise all my various books and opinions.’

“He clearly said ‘Divine Being,’” said Dr. George. “He was confiding in me, and I think he was slightly embarrassed because it was unsettling for him as an atheist. He spoke in a very confidential manner. I think he felt he had come face to face with God, or his maker, or what one might say was God. Later, when I read his article, I was surprised to see he had left out all mention of it. I was simply amused. I wasn’t very familiar with his philosophy at the time of the incident, so the significance wasn't immediately obvious.”

After Ayer had been released from the hospital his friends and family noticed he had changed. A friend, Dee Wells, said, “He became so much nicer after he died. He was not nearly so boastful. He took an interest in other people.”

Ayer began spending much time with his old opponent F.C. Copleston. Copleston became Ayer's closest friend. They spent many hours together, "talking and arguing about who knows what."
Posted by John Piippo at 12:06 AM