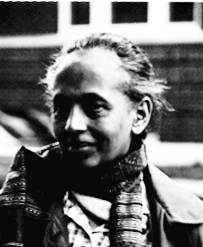 I have friends who were persecuted under atheistic regimes.

The first is Juan. That's not his real name, since he still is a pastor in Cuba. I met Juan when he enrolled in the doctoral program at Palmer Theological Seminary. He was a pastor from Cuba, and in my Personal Transformation class. I estimate, at the time Juan was in my class, he was 65 years old. He told the class the story of how, when he was a young pastor, the Castro regime moved to eliminate religion in Cuba. Juan and many other young pastors were arrested and placed in forced labor camps. Juan was there for several years. During the week of class I will never forget sitting in a Starbuck's with him and some other students, asking him the question "What was that like for you?", and hearing Juan describe life under atheism.

My second friend is Timothy Chung. Timothy is now 87 years old. When he was a young man in atheist-communist China, one day the authorities arrested him because he believed in God. Timothy was in prison for 21 years. He was hundreds of miles away from his wife and children. When Timothy spoke at our church he told the story of how his wife came to visit him (he saw her twice in 21 years). She took a train, and came carrying a bowl of rice for Timothy to eat. When she arrived, after traveling several hundred miles, the rice was rotten. Timothy said he ate it anyway. After 18 years in prison the authorities came to Timothy and told him that if he denied his faith in Jesus Christ, they would set him free. Timothy said, "I would rather spend the rest of my days in prison than deny Jesus."

Whenever I go to New York City to teach at Faith Bible Seminary, which is a Chinese seminary, I meet students who come from China and tell the stories of persecution under the atheistic regime that wants to eradicate, or control, religion. And, because students from all over the world have attended my classes at Palmer, I have heard other stories like this.

Such as, e.g., Jember Teffera, who was one of my students. Jember has been called "the Mother Teresa of Africa." Jember's husband, who was the mayor of Addis Ababa, was assassinated in a Marxist takeover of Ethiopia. Jember was imprisoned. It was there that she began her ministry to women and their daughters. It was my privilege to read Jember's spiritual journals, which she sent to me, as I functioned for a brief time as her spiritual director. It is heart-breaking to read of the tragedies she suffered under atheistic Marxism, and compelling as she writes of her faith in God in the midst of a movement dedicated to eliminating her faith.

What was clear to Juan, Timothy, and Jember, is that they all suffered under atheistic regimes dedicated to their eradication. Godlessness, as the "correct" ideology, abhorred God-belief.

"I recognize that population levels were much lower in the past, and that it's much easier to kill people today with sophisticated weapons than it was in previous centuries with swords and arrows. Even taking higher population levels into account, atheist violence surpasses religious violence by staggering proportions. Here is a rough calculation. The world's population rose from around 500 million in 1450 AD to 2.5 billion in 1950, a fivefold increase. Taken together, the Crusades, the Inquisition, and the witch burnings killed approximately 200,000 people. Adjusting for the increase in population, that's the equivalent of one million deaths today. Even so, those deaths caused by Christian rulers over a five-hundred-year period amount to only 1 percent of the deaths caused by Stalin, *Hitler and Mao in the space of a few decades." (What's So Great About Christianity, 215)

When I first heard of some (not all) atheists who claimed that "religion" is the source of most of this world's evil I was stunned. How could such a naive claim be made, unless it was the work of political atheists who desired that religion be eradicated? If religious people were intrinsically evil, then it seems a short step to legislating their removal, if only by argument and ad hominisms. In the eyes of some atheists I live and breathe out of an evil worldview. Therefore I am dangerous.

As I see things, "religion" has made me a better person. While far from perfect, I am a more loving person today than when I was, at most, a deist. I have personally met hundreds of people of whom the same could be said. Jesus tells me to love even my enemies. That's my challenge today - to love in this way. For example the words of Jesus in Matthew 25 are the motivation behind my part in co-laboring with other local Christians to start our soup kitchen which feeds 100-200 people nightly. And, we're starting a food pantry this year that will ensure that no one in our community goes without food.

"Whatever the cause for why atheist regimes do what they do, the indisputable fact is that all the religions of the world put together have in three thousand years not managed to kill anywhere near the number of people killed in the name of atheism in the past few decades." (Ib., 221)

Re. this quote, the debate will go back and forth on this. But when I read some atheists who seem to claim that no atheist regime has ever committed such atrocities, I find myself asking: then what happened to my friend Timothy in communist China?

*Was Hitler an atheist? Was Hitler a theist? I think, if the latter, Hitler's theism was nominal. See D'Souza, Ib., 217-221, where he takes on the arguments that claim Hitler was a religious person. See also the debate between D'Souza and Michael Shermer here. Watch the last segment at 29 minutes to see D'Souza on Hitler. D'Souza draws on historian Richard Weikart's From Darwin to Hitler: Evolutionary Ethics, Eugenics, and Racism in Germany(which I have not read).
Posted by John Piippo at 4:22 PM