The True Church vs. Screwtape 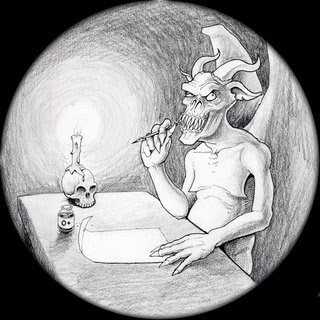 In C.S. Lewis's The Screwtape Letters "Screwtape," on learning that Wormwood's "patient" has become a Christian, gives "Wormwood" techniques to confuse the new Jesus-follower. Screwtape says:

"One of our great allies at present in the Church itself. Do not misunderstand me. I do not mean the Church as we see her spread out through all time and space and rooted in eternity, terrible as an army with banners. That, I confess, is a spectacle which makes our boldest tempters uneasy. But fortunately it is quite invisible to these humans. All your patient sees is the half-finished, sham Gothic erection on the new building estate."

I'll never forget being in Singapore teaching at an Assemblies of God college. One day I had lunch with the college's president. We were talking about the "Church." He leaned forward as he said, "The Church is not an institution, but a movement!" Correct. And, the Church is not a building. The Church is a People Movement armed with weapons of righteousness engaged in redemptive activity. One reason a lot of new Jesus-followers do not see that is because there are many churches-as-institutions who are more concerned with their buildings than with the building of an army of disciples of Christ.

One thing I have discovered in my years of teaching undergrad philosophy classes is that the Church-as-Revolutionary-People-Movement is foreign to my students. All they are familiar with is the Church as a boring, impenetrable Institution. Thus, they want no part of "Church." "Church" is not even on the radar screen of most of the students I have taught over the years. In this way Institution-Churches. suggests Lewis, function as allies for Satan.
Posted by John Piippo at 12:20 PM