Do Everything In Love 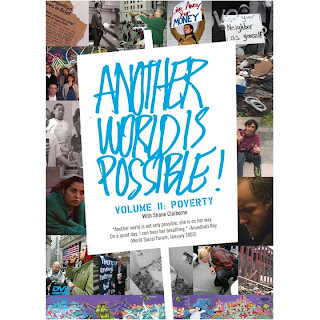 When Jesus stands in front of Pilate and says "My kingdom is not from this world" an entire universe of meaning is unveiled.

"Kingdom" means: the rule or reign of a king. The "dome" of kingly rule. The dominion of such rule. Pilate, as prefect of the Roman outpost-province of Judea, has dominion over this tiny province. Jesus' dominion, on the other hand, is vast. Jurgen Moltmann says that Jesus' kingdom “embraces the whole of creation, heaven and earth, the invisible side of the world and the visible side too; so it is both in the next world, in heaven, and in this one, on earth.” (Moltmann, Jesus Christ for Today's World, 20) Jesus' outrageous claim is to be king over all. "Pilate concludes that Jesus is a deluded quack whom he can banter with but not take seriously.” (Ben Witherington, in Andreas Kostenberger, John, 528, fn. 40)

This contrasts sharply with worldly kingdoms. If Jesus' kingdom were of this world then his followers would have picked up the sword and waged war against Rome. Such violence is not the way of the kingdom of God. The way of the cross is the way of love. "The telltale sign that one is a member of Jesus’ kingdom is that they do not fight like everyone in the world does." (Greg Boyd, The Myth of a Christian Nation)

Listen to this other-worldly-kingdom stuff, written by the extraterrestrial apostle Paul:

"Do not let any unwholesome talk come out of your mouths, but only what is helpful for building others up according to their needs, that it may benefit those who listen... Get rid of all bitterness, rage and anger, brawling and slander, along with every form of malice. Be kind and compassionate to one another, forgiving each other, just as in Christ God forgave you." (Ephesians 4:29, 31-32) Is that different from the ways of this world, or what? It's so other-worldly it's even different from all the intra-church rivalry, slander, and hatred going on around us.

In my studies this past week I cam across one of the shortest verses in the Bible - 1 Corinthians 16:14, which says, simply and clearly: “Do everything in love.” Everything we do — including all our thoughts and speech - is to be done in love. Take those four words and tattoo them on your frontal lobe. They will be more than enough to live your life by. And as you do, you'll look like some alien wacko from another planet who's come to subvert this world's kingdoms. You might even get crucified for it.

I'm talking about the other-worldly kingdom of Jesus. It is, essentially, a kingdom where love rules and love lasts and the greatest thing is love and the greatest command is love because the very essence of God is love. A mark of the people of God's kingdom is that they do not fight against other people, but rather fight for them. Paul expresses it this way in Ephesians 6:12: "For our struggle is not against flesh and blood, but against the rulers, against the powers, against the world forces of this darkness, against the spiritual forces of wickedness in the heavenly places." Greg Boyd says: "If it has ”flesh and blood,” it’s not someone we’re to be fighting against. Indeed, if it has “flesh and blood,” it’s someone we’re to be fighting for. They may intend us and our nation harm. We may hate their lifestyle, politics and religion. But if they are human, we are commanded to love them, serve them, do good to them, pray for them, and fight for them (Lk 6:27-35). And a primary way we fight for them is by resisting the principalities and powers that seek to oppress both them and us — including fueling the universal fallen human tendency to identify other people as the enemy! Our counter-cultural Jesus-looking lifestyle, including our willingness to love and serve enemies, is our warfare on behalf of enemies."

So let the tormented rejoice! Heart-pray these words: "God, let your kingdom come, on earth as it is in heaven." Since the "dome" of the King extends over you, receive God's rule over your heart. Let God's love rule and reign in you. It's "from another world," from the very being of God, staked like a wooden cross of love in the fertile soil of your soul. Rest in this truth. As it becomes your very being, the Pauline injunction to "do everything in love" will be your experience.

In regard to the other-worldly nature of the Real Jesus I love these words of messianic Jewish scholar Michael Brown:

“Jesus was, and still is, the embodiment of the anti-Establishment mentality – when the Establishment is anti-God… The gospel is subversive. It is the ultimate revolutionary message. It is the supreme countercultural philosophy. It says this world is not our eternal home and this world’s system does not rule or govern us. We are governed by a higher authority, ruled by another power, at home in a different world. This is the message we spread. This is the mind-set we hold on to.” (Revolution! The Call to Holy War, 84)
Posted by John Piippo at 10:06 PM