Nietzsche: Acknowledging the Death of God Blows Up Many Things 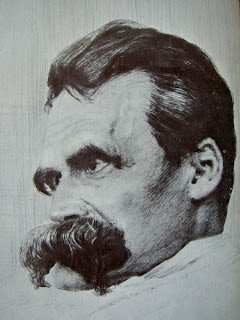 Nietzsche is fascinating. Were I an atheist I would be following after him.

In today's nytimes book review section Francis Fukuyama reviews Julian Young's Friedrich Nietzsche: A Philosophical Biography. Fukuyama writes: "Whether we acknowledge it or not, we continue to live within the intellectual shadow cast by Nietzsche. Postmodernism, deconstructionism, cultural relativism, the “free spirit” scorning bourgeois morality, even New Age festivals like Burning Man can all ultimately be traced to him... [Nie­tzsche] would not have cele­brated alternative lifestyles, non-­Western cultures or the right of every fourth grader to be his or her own value-creator. Acknowledgment of the death of God is a bomb that blows up many things, not just oppressive traditionalism, but also values like compassion and the equality of human dignity on which support for a tolerant liberal political order is based. This then is the Nie­tzschean dead end from which Western philosophy has still not emerged."

Correct. For Nietzsche the idea that God is "dead" left humanity adrift on a sea with an "infinite horizon." The firm foundation of "land" that Judeo-Christian theism gave us is gone. Nihilism remains.
Posted by John Piippo at 7:45 PM