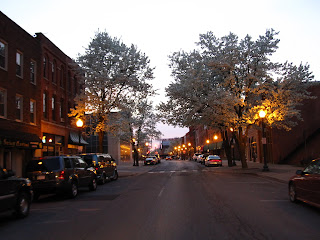 The Greek word we translate as "seized with remorse" is metamelomai. It means "strong regret." To feel sorry, to feel sad, to wish it hadn't happened. It indicates a psychological sorrow, an emotional sorrow. Judas, standing before the religious leaders, is in big-time psychological pain. He's betrayed an innocent man, which means he has functioned as a false witness. The penalty for being a false witness is, in the Judaism of that time, that one would now receive the penalty that the falsely accused person was supposed to get. In the case of Jesus, that means death. So Judas, wishing to distance himself as far as possible from his deed, returns the 30 pieces of silver and goes out and executes the death penalty on himself.

When Judas tells the big-time religious leaders his confession, they say, "Big deal. What's that to us? That's your responsibility."

The chief priests showed no remorse. As far as they were concerned, they’d done their duty to God and to their country. N. T. Wright says, “Whether Jesus was guilty or innocent was supremely indifferent to them.” (Matthew for Everyone, Vol 2, 174) It’s like… “Big deal… Who cares… not us…” What mattered to them was that Jesus was making trouble, and risking calling down the anger of Rome.

But this situation is even bigger than Judas, and these chief priests. Wright continues: “This isn’t just about Judas wishing he’d never been born and the priests remaining aloof. This is the beginning of the end for the Temple.” (Ib., 175) To me, it's like this. Imagine you work in the engine room aboard the Titanic. The ship's captain, through neglect and unwatchfulness, steers the ship into the iceberg. You see the water flooding the lower compartments of the ship, and run to the deck in fear. "Captain," you cry, "we're going down!" The captain says, "What's that to me? That's your responsibility." In this example the Titanic's captain is the one who is supposed to steer us safely on our journey. The same can be said of the chief priests. They were supposed to guide the people in the ways of God and introduce them to the glorious presence of God. But they had failed, as Jesus indicated when he gave his religion-subversive Parable of the Tenants, referring to the chief priests as neglectful stewards of the Vineyard God had planted. (Isaiah 5:1ff; the "Son of the Vineyard)

Wright says, “The chief priests have refused to listen to the Messiah’s warnings and challenges, and the whole system he represents is staring to crumble.” (Wright, 175) The Temple is a house that’s built on sand. It’s going down, and now the Temple authorities themselves can’t help a man who is filled with remorse about his own guilt and impurity.

Then comes the great irony, and yet another illustration of the ugly face of religious legalism. "So Judas threw the money into the temple and left. Then he went away and hanged himself. The chief priests picked up the coins and said, "It is against the law to put this into the treasury, since it is blood money." So they decided to use the money to buy the potter's field as a burial place for foreigners." The irony here is that the Temple priests remain concerned about keeping all their religious purity laws while they neglect healing the impure soul of Judas. Rather than binding the brokenhearted and setting the captive free, they not only dismiss Judas but make him feel worse than ever by placing the whole thing about the coming death of Jesus on him. Yes, Judas has allowed Satan to influence him. Augustine wrote that “The one who persuaded Judas to betray Christ is the one who persuaded him to hang himself.” (Sermon 313E.4; In Joel Elowski, John 11-21, 106) Yet that is precisely Judas's captivity, and the religious leaders do nothing about it; indeed, they are wrapped up in darkness and evil themselves.

Here we see the hypocrisy of the chief priests. They are willing to pay blood money for Jesus’ capture, and willing to allow Judas to commit suicide, but they are too legalistically pious to accept their own blood money into the temple treasury. Craig Keener, in commenting on these verses, writes: “We should take note of how many churches today seem more concerned about petty church rules than about the life-and-death needs of the communities around them.” (Keener, Matthew, 656)

Had Judas actually been filled with a "godly sorrow" (2 Cor. 7:10-11) and repented, would Jesus have forgiven him and embraced him? If answer “No” to this question then you just left the beating heart of God and the Real Jesus. That’s what the whole thing about dying on the cross is about.
Posted by John Piippo at 11:14 AM