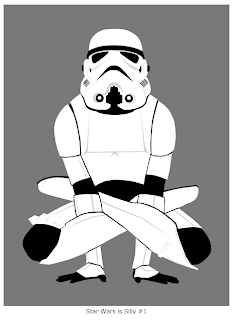 Aseem Shukla and Deepak Chopra are debating on yoga at washingtonpost.com. Shukla thinks yoga practice has become too every-person-ish, thus leaving its Hindu spiritual roots. Chopra argues back that Hinduism's "patent on yoga has run out."

Shukla responds by saying that Chopra-ism is precisely the kind of thing he is protesting. Shukla writes: "A prolific writer and gifted communicator, Chopra is perhaps the most prominent exponent of the art of "How to Deconstruct, Repackage and Sell Hindu Philosophy Without Calling it Hindu!"" I agree. While of course I'm not a Hindu, I can sympathize with Shukla's concerns since the same Chopra put his big new-agey syncretistic spin on Jesus too.
Posted by John Piippo at 10:53 PM