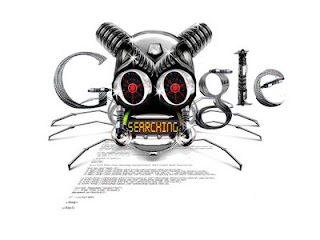 Now I am reading "The Shallows." Carr begins with an extended meditation on the famous Marshall McLuhan quote - "the medium is the message." Very nice. So what might that mean? To Carr, it means something like this: "As McLuhan suggested, media aren't just channels of information. They supply the stuff of thought, but they also shape the process of thought." (173-85; note: this is Kindle's "position number." You can't get page numbers unless you convert them via a tool.) It's like this. Turn on your garden hose and let it run water in one area of your lawn, day after day after day, and it will erode a groove in your lawn. Leave it on for a few millenia and you've got the Grand Canyon. Web-skim and Net-surf for years and you'll lose the ability read books.

What's the result of years of Net surfing and linking and browsing? "What the net seems to be doing is chipping away my capacity for contemplation and concentration." For Carr it feels different in his brain than it did years ago. web users become "chronic scatterbrains." They skim, scroll, and have "very little patience for long, drawn-out nuanced arguments," even though they may "accuse others of painting the world too simply." (199-212)

Of course the Net has great advantages, which Carr admits. His study is about how chronic Net-using is altering the landscape of our physical brains.

For contemplatives like myself who teach others the lost arts of meditation and contemplation the current neural transformations are going to make deep thinking seemingly irrelevant. This won't be a result of intellectual argumentation, but will be due to a neuro-inability to conceive such possibilities. One might as well ask a fish if he'd like to consider flying. Carr writes: "In a talk at a recent Phi Beta Kappa meeting, Duke University professor Katherine Hayles confessed, 'I can't get my students to read whole books anymore. Hayles teaches English; the students she's talking about are students of literature." (213-26)

Well, that's interesting, isn't it? It certainly resonates with talks I've had with professor colleagues. And to think that, in just over a month, I'll be asking my philosophy of religion students to read three pages of Anselm, and introducing them to his ontological argument for God's existence. It's not something to be skimmed. And the Net will be of no help to any of them in coming to comprehend it.
Posted by John Piippo at 11:56 PM