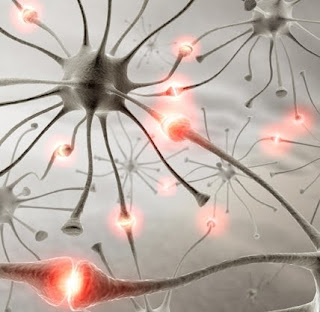 Nicholas Carr, in Chapter Two of The Shallows ("the Vital Paths"), shows how:
1) The belief has been, until quite recently, that the human brain does not change physiologically. This created a "neurological nihilism", causing people think that, logically, people cannot change if the brain is "fixed."
2) But recent discoveries have shown that the physical brain is "massively plastic" and malleable.

"Every time we perform a task or experience a sensation, whether physical or mental, a set of neurons in our brains is activated. If they're in proximity, those neurons join together through the excahnge of synaptic neurotransmitters like the amino acid glutamate. As the same experience is repeated, the synaptic links between the neurons grows stronger and more plentiful through both physiological changes, such as the release of higher concentrations of neurotransmitters, and anatomical ones, such as the generation of new neurons or the growth of new synaptic terminals on existing axons and dendrites. Synaptic links can also weaken in response to experiences, again as a result of physiological and anatomical alterations. What we learn as we live is embedded in the ever-changing cellular connections inside our heads. The chains of linked neurons form our minds' true "vital paths." Today,  scientists sum up the essential dynamic of neuroplasticity known as Hebb's rule: "Cells that fire together wire together.""

So, the idea that Net-addiction is rewiring our physical brains is plausible given the evidence of their neuroplasticity.
Posted by John Piippo at 3:01 PM