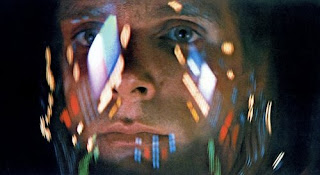 David Gelernter is Prof. of computer science at Yale. In his essay "Dream-Logic, the Internet, and Artificial Thought," he raises the wonderful question: Can computers think? In regard to this question "here is an unfortunate truth: today's mainstream ideas about human and artificial thought lead nowhere." Gelernter gives three wrong assumptions that lead people astray when trying to answer our question.

1) Many people believe that "thinking" is basically the same as "reasoning." I feel certain Gelernter is correct that this assumption is false. Reasoning is a subset of thinking. 'But when you stop work for a moment, look out the window and let your mind wander, you are still thinking. Your mind is still at work. This sort of free-association is an important part of human thought. No computer will be able to think like a man unless it can free-associate.'

2) Many people believe that reality is one thing and your thoughts are something else. Thinking includes things like, for example, dreaming and hallucinating. "No computer will be able to think like a man unless it, too, can inhabit its thoughts; can disappear into its own mind."

3) Many people believe that the thinker and the thought are separate. "When a person is dreaming, hallucinating — when he is inside a mind-made fantasy landscape — the thinker and his thought-stream are not separate. They are blended together. The thinker inhabits his thoughts. No computer will be able to think like a man unless it, too, can inhabit its thoughts; can disappear into its own mind."

Gelernter then says: "What does this mean for the internet: will the internet ever think? Will an individual computer ever think?" For anyone who has wondered about the answer to such questions the rest of Gelernter's essay is worth reading. His answer to these questions are: No. For the following reasons: