It's Uncool to Try to Be Cool 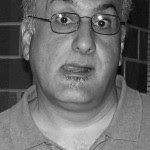 Mike Sares, in Pure Scum, writes: "By the time Scum began I was already forty-six years old. ["Scum" = Scum of the Earth Church in Denver.) There was no way I was going to try to look and speak like I was in my twenties. Trying too hard to be cool is the most uncool thing you can do. I didn't have any tattoos before Scum started, and I still don't. I've been told that my wearing cargo shorts is a young adult faux pas, even in the summer. And I've only dyed my hair neon blue a couple times, just for fun (using temporary dye, by the way). But Reese wasn't asking me to change the way I looked. It seemed like he was calling me back to something I'd known before I got involved in the Christian subculture. He was asking me to be myself." (59)

That's a nice quote, and so freeing and true. When I think of the people in my life who have most influenced me not one of them was trying to be cool so as to relate to me. Had they done this I would have been weirded out.

Now - today's itinerary! We're in Boston, and going to Harvard Square this morning. Then, to Gloucester on the ocean for, I am certain, some very cool seafood!

"We work hard with our own hands. When we are cursed, we bless; when we are persecuted, we endure it; when we are slandered, we answer kindly. Up to this moment we have become the scum of the earth, the refuse of the world."
- Paul. in 1 Corinthians 4:12-13
Posted by John Piippo at 9:23 AM