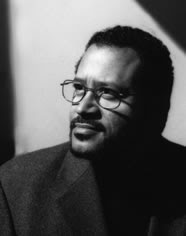 I just received New Testament scholar Cain Hope Felder's Stony the Road We Trod: African American Biblical Interpretation. It's a book of essays written by various black biblical scholars. One of the shared themes of them all is their struggle with the Eurocentric hold on biblical interpretation. For example, there has been an "academic prejudice that the European way of doing things is "objective" and somehow not culture bound." (6)

"There are significant differences in the European and African mytho-poetic world views. For instance, miraculous deliverance (the transrational) is expected, evem normal, in the latter; whole in the former whites tend to rely exclusively on empirical procedures, planning, and verification. How can we wrest our understanding of the prophets and miracles from the Euro-American interpretation, and how can we develop and encourage that understanding." (Ib.)

Now, a little tangent. For example, the all-white, narrow American theology known as "dispensationalism" has, at least in the past, influenced American evangelical Christianity. A number of us are now "wrestling" to free people from such a theology which emasculates the prophetic and the miraculous. See, e.g., Ben Witherington, The Problem with Evangelical Theology: Testing the Exegetical Foundations of Calvinism, Dispensationalism, and Wesleyanism. For example, Witherington writes:

"Unlike the case with Calvinism, the Dispensational approach to the Bible did not arise after profound study of the Hebrew or Greek Scriptures or detailed scholarly exegesis of the text. It was a system that apparently arose in response to a vision and as a result of a pastoral concern about unfulfilled biblical prophecy, and was promulgated by various ministers and evangelists and entrepreneurs in the nineteenth and twentieth centuries. More recently, it has often been wed with the all-too-American gospel of success and wealth, not to mention the belief that America is in some way Gods chosen instrument, though of course the Bible says nothing about America." (91)
Posted by John Piippo at 3:45 PM